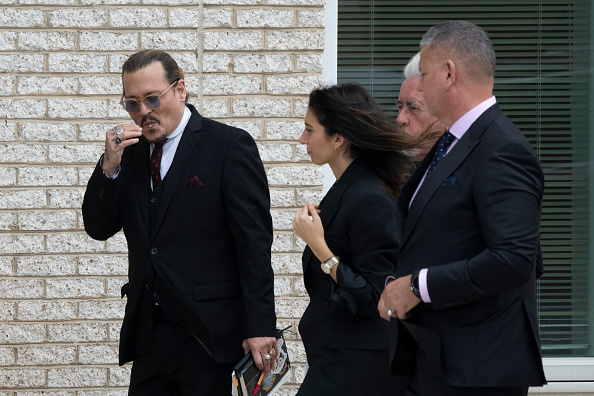 What might explain all the attention that Depp has received depicting him as a victim of IPV? Much of it is the blind loyalty of Johnny Depp fans who believe that domestic violence is a zero-sum game — you can usually spot these people because they start their arguments with “I’m a feminist” and “I don’t even consider myself a huge Johnny Depp fan.” There are also certainly bots involved. #MenToo — a hashtag that mostly seems designed to discredit #MeToo — is trending this morning thanks, in part, to a number of Twitter accounts with very few followers. It is only the latest in a series of almost daily hashtags on Twitter supportive of Depp.

But do you know who else is amplifying anti-Amber Heard content? Conservative outlets, like Ben Shapiro’s outfit, The Daily Wire, which, by the way, is already one the most popular outlets on Facebook before paid promotion (anti-conservative bias, my ass). According to Vice, The Daily Wire has spent upwards of nearly $50,000 promoting articles with a clear bias against Amber Heard. One such article, written by Candace Owens, initially even suggested that Johnny Depp disproved 12 of the 14 allegations against him (in fact, Depp has been unable to disprove 12 of the 14 allegations against him). From Vice:

The Daily Wire has also been promoting videos on Facebook. “Amber Heard is at fault,” Owens said in one such video. “This man [Depp] lost his entire career based on allegations absent of a shred of evidence,” said Owens, contradicting the judgment of the UK court which ruled that 12 allegations of abuse by Depp towards Heard more likely than not did occur. “It is everything that I say is wrong with the MeToo movement. It is emblematic of the idea that women should just magically be believed,” added Owens.

Michael Knowles, another commentator whose video is advertised on Facebook by the Daily Wire under the title “LOL: This is The BEST Moment From The Johnny Depp Vs. Amber Heard Trial” says Heard is “obviously a complete lunatic”, but also blames Depp for not taking “control of his household,” asking “whatever happened to strong men?”

Conservatives outlets have been exploiting the Depp vs. Heard trial to boost their own values, as reflected, for instance, in articles like Why Civilization Depends On The Strength Of Men, I’m A Woman And I Don’t Support The #MeToo Movement — Here’s Why, and 10 Woke Movie Disasters.