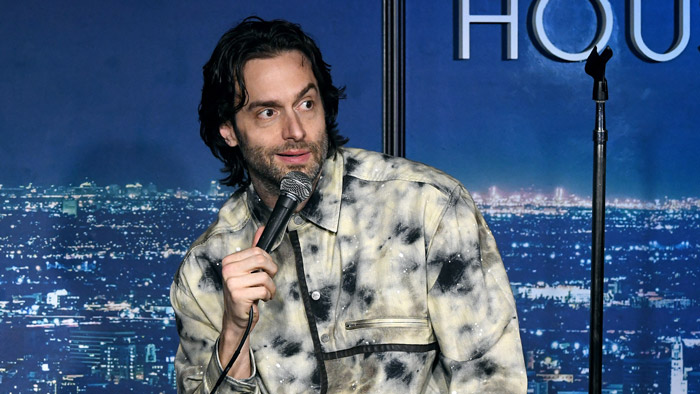 Overnight, Twitter erupted with allegations that comedian Chris D’Elia used social media to groom teen fans into sexual scenarios. Through screenshots of DMs, the stand-up’s accusers showed how he’d request nude photos and private visits from girls. D’Elia has not yet responded to this flood of allegations. However, some of his colleagues in comedy have.

Here’s how comedians have reacted to the pedophile allegations against Chris D’Elia:

Point: saying someone “looks like a pedophile” is stereotyping and not right

this Chris D'Elia shit is wild, but I guess it's always the first person you suspect

“And I would’ve gotten away with it too, if it weren’t for you meddling kids!” - Chris D’Elia

Right now Chris D'Elia is apologizing to his current girlfriend over a lunchables pizza and Capri Sun.

I was surprised to see the Chris D'elia grooming texts because I was sure that guy had never written anything in his life.

Like all of you, tonight I was shocked and disgusted to find out Chris D'Elia's dad was the co-creator of Judging Amy.

If you cowards had fired Chris D’Elia a long time ago for being bad at the job (standup comedy) he wouldn’t have had time to creep. But you LIVE to say “good set” to men taller than you.

"There's no such thing as a 14-year-old girl anymore. They go from 6 to 25." —Chris D'Elia in this video sure is…saying some things👀👀👀 pic.twitter.com/uEhE0sIwFZ

It's incredibly brave of these women to share their experiences with Chris D'Elia, but we really gotta try to do better as a comedy community with this shit so they don't have to - it's been a long day and I don't have any ideas, but this isn't working.

I never entered that guy's orbit, so I had no idea how he operated, but I have to assume some people knew some shit was going on.

Ok so like 95% of these Chris D'Elia stories are horse shit. The other 5% though… Yeesh. 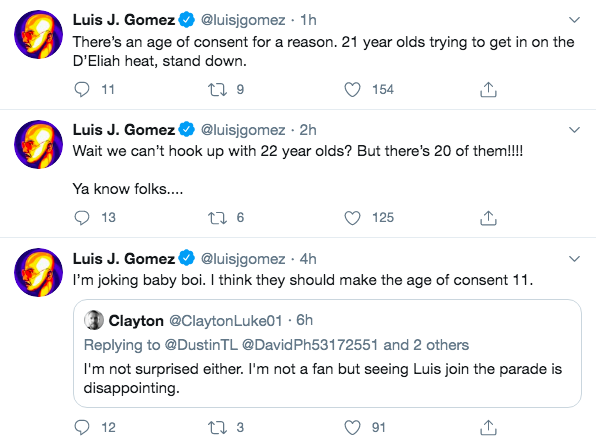 Delete all you want! Screen shots got ya covered. pic.twitter.com/ymCsqup5Va

I believe in due process. 🤷🏼‍♂️

One way to help: Unfollow Chris D’Elia if you believe these women. I know that following someone isn’t always an endorsement (sometimes it’s a hate-follow), but this seems like a very simple way to communicate that you don’t support him. https://t.co/Tfzx0vI3I3

We recommend clicking through to read Ostad’s full story thread.

I know it's totally unfair to turn to the lady friends of alleged (lol) sexual predators but Whitney Cummings is a 10/10 feminist and is bff's with Chris D'Elia so I am DYING to hear from her.

At the time of posting, Cummings has not yet responded to the D’Elia allegations.

Did we miss a comedian’s response to the D’Elia allegations? Share them in comments.