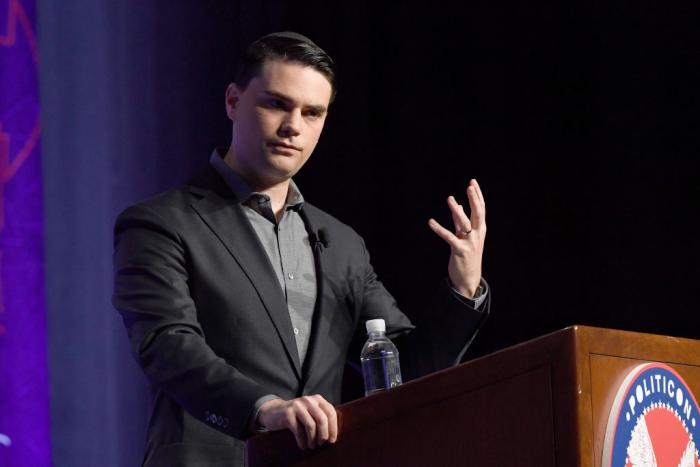 If You Want to Feel What It's Like Lopping Your Eyes Out With Hot Metal Spoons, Take a Quick Peek at Ben Shapiro's Book

The new American culture war of the 21st century throws up some truly … unique individuals. A commentariat and pundit class that is just the most ludicrous cavalcade of racist chancers, misogynistic snake oil salesmen, and self-styled ‘intellectuals’ for whom the descriptor ‘a moron’s idea of a smart person’ is too generous. As someone from Britain I’d love to be smug about it, but then again there’s the existence of those two words: Piers Morgan. So, yeah. No smugness here. Or at least not much.

Take Ben Shapiro for example. The ‘conservative commentator’, founder and editor of The Daily Wire, contributor to Breitbart, and host of an eponymous podcast. Because I’m somewhat removed from parts of the US cultural sphere it took me a long time to believe that Ben Shapiro was an actual, real person. I just assumed that anyone that cartoonishly ridiculous and glaringly, painfully inept must be an inside man planted by the left in order to discredit the right. But no. Apparently he’s the real deal. And people take him seriously. Or at least pretend to, because his bullsh*t adds weight to their bullsh*t, and these days for a lot of people winning an argument can feel so much more important than being correct.

It’s not enough that Shapiro has a podcast in which he inveighs breathlessly against whatever leftist paper tigers and imagined or misunderstood social forces he considers profitable that week, and a Twitter feed which so far as I can tell is being used to publicly work out some deep psychological issues with female politicians, he also—apparently—writes books. Again, all this is news to me. I Googled him and it looks like he’s written a few, mostly non-fiction, ‘sociopolitical commentary’ kinda stuff, with titles that look like they were constructed with American conservative Mad Libs. He has also, as I have just found out on Twitter, written fiction. And because I hate you all deeply and want you to suffer, I’ve come here to share a sample with you. Enjoy.

← We Live in Two Americas, and Neither Is Willing to Listen to the Other | Twitter Users Share Grossest Thanksgiving Side Dishes →