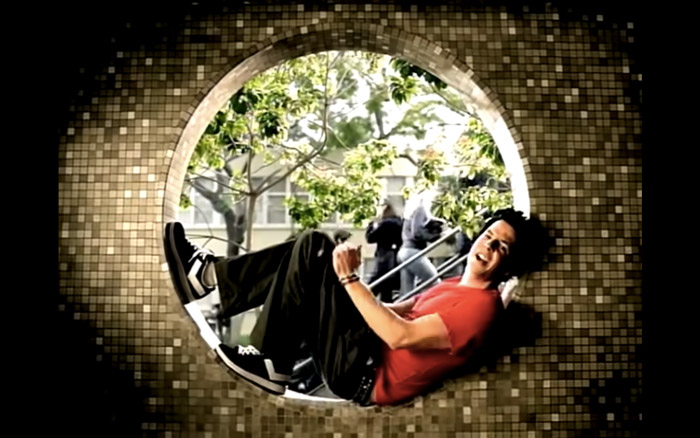 An Incomplete List Of Those TikTok Songs Stuck In Your Head (With Complete Tracks!)

Are you walking around humming a slim snippet of a song to yourself on a loop? You’re driving your housemates—and maybe yourself—mad, singing this same verse over and over. But you don’t know the rest of the song, because you only heard that snatch on TikTok. About a million times.

We’re here for you. Here’s a list of some of the earworms that have sparked TikTok trends and thereby snuck into our brains to echo endlessly. Want to shake ‘em loose? Try listening to the whole song! At the very least, you’ll have more lyrics to repeat, giving some fresh verve to the ruttery of it all.

Warning: Some lyrics may be NSFW

Quoted lyric: “Now here you go again / You say you want your freedom / Well, who am I to keep you down / It’s only right that you should / Play the way you feel it”
Meme: Skateboarding while drinking cranberry juice
Source: “Dreams” by Fleetwood Mac

Quoted lyric: “Oh shit, shake that *ss ma. Move it like a gypsy Stop. Woah! Back it up, now let me see your hips SWING.”
Meme: booty-shaking dances, reactings to revelations, and more
Source: “Swing” by Savage

Quoted lyric: “Oh, I’ll live inside you forever! / No! / With Satan himself by my side! / No!”
Meme: Reacting to shocking revelations
Source: “Confrontation” from Jekyll and Hyde

Quoted lyric: “I’ll be glad that I made it out / And sorry that it all went down like it did / I have emotional motion sickness / Somebody roll the windows down.”
Meme: Women (primarily) doing a very specific dance.
Source: “Motion Sickness” by Phoebe Bridgers

Quoted lyric: “Hello hello. I’m not where I’m supposed to be.”
Meme: Visual jokes about turning up in unexpected places.
Source: “Sober Up” by AJR featuring Rivers Cuomo

Quoted lyric: “What a beautiful wedding / What a beautiful wedding / says a bridesmaid to a waiter / And, yes, but what a shame / What a shame the poor groom’s bride is a wh*re / I chime in with a / Haven’t you people ever heard of closing the goddamn door?”
Meme: “wh*re” is most often bleeped (with a snippet from Harry Styles’ “Watermelon Sugar” then the word “no”), and the meme as a whole is used to denounce bullsh*t of all sorts.
Source: “I Write Sins Not Tragedies” by Panic! At The Disco

Quoted lyric: “Two cans of beer a day and that’s your bleeding lot / Now we get an extra one because they’ve stopped the tot / So we’ll put on our civie clothes and find a pub ashore / A sailor’s still a sailor just like he was before!”
Meme: Bi Pirate TikTok transformations (also known as Birate TikTok)
Source: “The Last Shanty” by Derina Harvey Band

Did we miss the song that’s all over your For You page? Share it in comments.

← Why Susan Collins Managed to Win in Maine | November 2020 Streaming Guide: 24 Movies and TV Shows to Watch This Month →