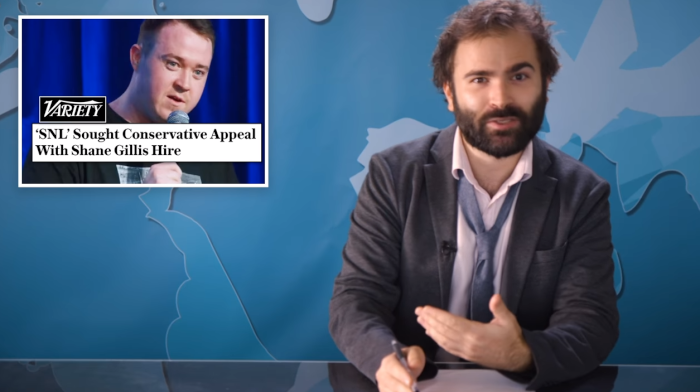 In the light of that unfunny bloke getting fired from that politically impuissant, smug, bloodless, bourgeois, one-sketch-in-a-hundred-works sketch show, there’s been a lot of talk about that apparent blight of the modern era: ‘Cancel culture.’

A lot of arse-backwards nonsense talk. Mostly by people who couldn’t be more transparent in their use of the term in furthering their political agenda if they tried. But there’s probably still some people out there who might have some legit concerns about what they feel is happening. So in light of that, here’s one of my favourite YouTubers (I only know about three), Cody Johnston (one time Cracked staff member, back when Cracked was good), taking the whole thing apart quite beautifully:

if George Carlin were alive today alt-right conservatives who are now trying to appropriate him for their cause would be calling him an "easily triggered snowflake sjw who loves cancel culture" (h/t @pontificatenate) pic.twitter.com/rdbP72JJ1r

I also love how Carlin is channeling Chomsky's argument against the "political correctness gone mad" trope constructed and disseminated by alt-right and alt-centrist hacks. See the thread below for a detailed analysis of ithttps://t.co/Z5LmVmrJYZ

← Perfect Casting Is Perfect: Ryan Reynolds To Star In The Clue Movie | Should You Watch The Rock's Show 'Ballers' or The Rock-less 'Succession'? →