Matt Nathanson is not a musician I’m very familiar with—it’s the first I’m hearing of him as a matter of fact, but that’s on me—and yet right now, in this very moment, he and his band are my favourite musical outfit on the planet.
Why?
4 minutes and 3 seconds of pure, unbridled joy and spontaneous genius, that’s why.
Here’s the background: On August 22nd, 2014, Matt and his band were playing a gig at the Upstate Concert Hall in Clifton Park, NY. At one point, they decided to have a guest join them, and so they brought singer-songwriter Andrew McMahon on stage to do a version of Tom Petty’s classic, ‘American Girl’.

What follows is one of those lightning in a bottle moments that are burnt irrevocably into memory.

As a rapturous crowd welcomes Andrew onto the stage, Matt briefly fiddles with his guitar and then greets his new stage mate with a hug. The bassist looks on and smiles joyfully while the drummer takes a quick swig of his drink. So far, so routine. All par for the course for a band bringing on a guest.

And then, without being aware of the time stream-splitting power that was suddenly and silently handed to him by the invisible gods of metal, Matt goes ahead and splits that time stream, sending reality careening off into a better version of itself: Instead of launching straight into the Tom Petty song, he improvises a quick musical joke by telling the crowd that the band is going to play the mammoth AC/DC classic, AC/DC’s, ‘You Shook Me All Night Long’ and he does so by just actually playing the opening riff on his guitar. Straight away, the crowd goes wild. Matt’s band is clearly as surprised by the turn of events as the crowd. The bassist’s smile breaks into a full-on grin, but his hands remain resting on his instrument. And yet, at that very same moment, something flashes through the drummer’s (Chris Lovejoy) mind. You can see it on his face. His expression goes blank as something ancient and primordial lights up in his mind and his limbs begin to move independent of any conscious thought.

He starts pumping out the beat to the song.

At that exact same moment, the other guitarist (Aaron Tap) also joins in and echoes Matt’s riffing.

Between the crowd’s cheer and his bandmates suddenly turning his quick joke into something rapidly taking on a life of its own, Matt can’t quite believe what’s happening. The look on his face suggests that he has glimpsed a few seconds into the future. He knows what’s coming. 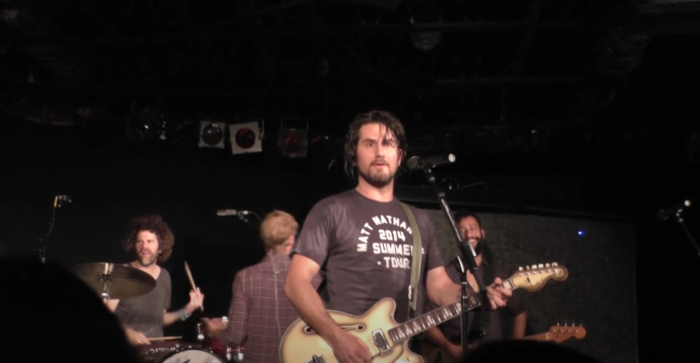 And then the stirring beast rises fully and stretches out its limbs and there’s no longer any stopping it.

Before Matt and the guys get a chance to put an end to their little moment and turn to the planned cover of ‘American Girl’, the crowd starts belting out the first verse of ‘You Shook Me All Night Long’, and the band suddenly has no choice but to keep on going. Their reactions are absolutely priceless. 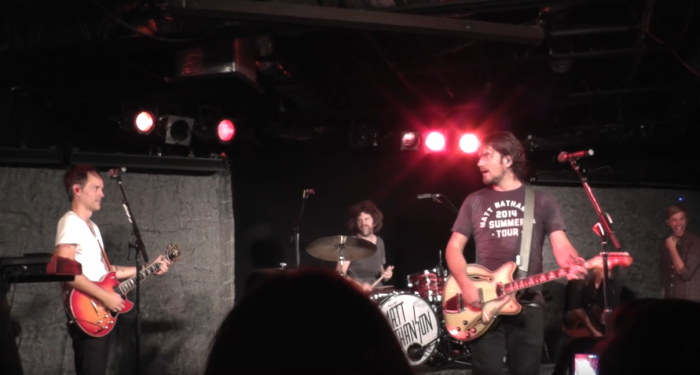 Before you know it, they tear through the whole song born aloft by the energy of the crowd, the ineffable magic of live music, and the sheer, unstoppable power of AC/DC.

F*ck yeah. This is what it’s all about. Look:

← Review: I Have Now Stared into the Void, and it's Called 'The 355' | Anti-Vax Glenn Beck Has Covid (Again), and the GOP Abandons the Marketplace of Ideas →