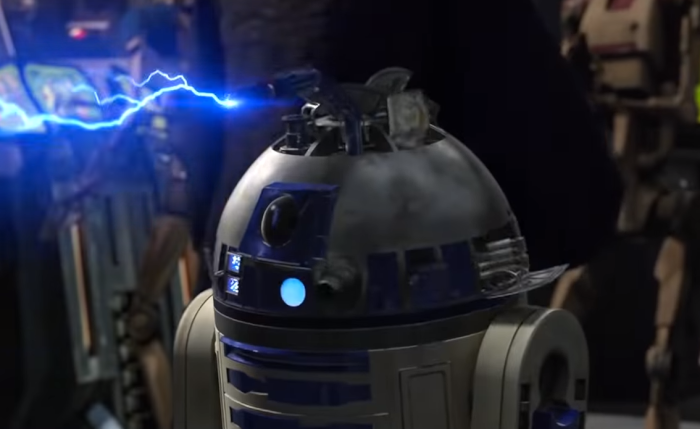 And Now, For No Reason Whatsoever, Here's Cardi B Doing All the Sounds in 'Star Wars'

I’m not exacly the biggest fan of the new, Disney-fied Star Wars movies. I thought The Force Awakens was a ‘fair enough’ sorta effort designed at resetting the stage for a new generation, if fundamentally quite a soulless and anaemic product. Rogue One had some bravura sequences and interesting ideas but was brought low by apparent studio interference and a script that at times bordered on the incoherent. Solo was… Well, my records tell me I did in fact see Solo, but I’ll be dammed if I remember literally a single detail from that movie that isn’t that fire-ants-in-my-eyes painful moment which gives one of the most iconic sci-fi characters of all time his name in the most banal fu**ing way possible. I did enjoy The Last Jedi, because Rian Johnson actually brought a bit of life and daring to the series for the first time since the new iterations began. I’m not sure where the series will be going from here in terms of quality—and I’m not particularly excited about the prospects as they currently stand—but one thing that would definitely jazz things up a little bit is if Cardi B was brought on as sole sound effects provider:

And if that’s too much then just giver her the TIE fighters. Please!

← Big Mouth, Emergence, The Walking Dead, and Twin Peaks Rumors on Podjiba! | Who Can Replace Pratt in the Official Best Chris Quartet? →