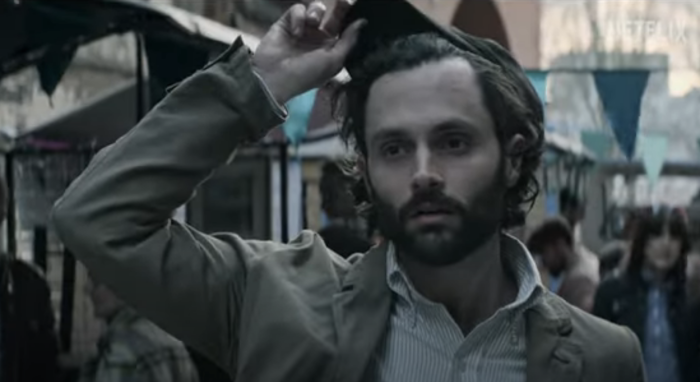 'You' Season 4 Trailer, Because Netflix Doesn't Cancel Everything After 3 Seasons

There are not a lot of exceptions to the three-season rule on Netflix, but You is one of them, and for good reason: It’s huge. Would I trade season four for another season of Santa Clarita Diet? Absolutely. But while the original headline for this was going to be, “Why Couldn’t Netflix Cancel ‘You,’ Too,’ thirty seconds into the trailer I remember what was so alluring about the series.

It has been 451 days since Netflix released season three of You, and while I don’t remember that much about it, I’m assuming that everyone died or Joe ran away or everyone died and Joe ran away, because the trailer for season four is set in Europe and there aren’t any other familiar faces outside of that of Penn Badgely. Joe moves to the UK and adopts a new identity as Professor Jonathan Moore. He makes friends with a group of wealthy socialites, but soon discovers that there’s another murderer in his midst, and so Joe must investigate while, presumably, carrying out his own murders.

You has always shared some DNA with Dexter, and Joe’s investigation of another murderer in season four binds the series even further. Netflix, however, may want to do what Showtime could not and get out while the series is still great. Maybe Netflix should skip the next four seasons, put a pin in it for a decade, and return to it to kill off Joe in a 5th season set for 2033.

Part I of the fourth season returns on February 9th. Part II arrives a month later.


← The Skip Bayless/Damar Hamlin Mishegoss Explained | Give Me Fuel, Give Me a Lighter, Give Me 2 Racists on Fire →