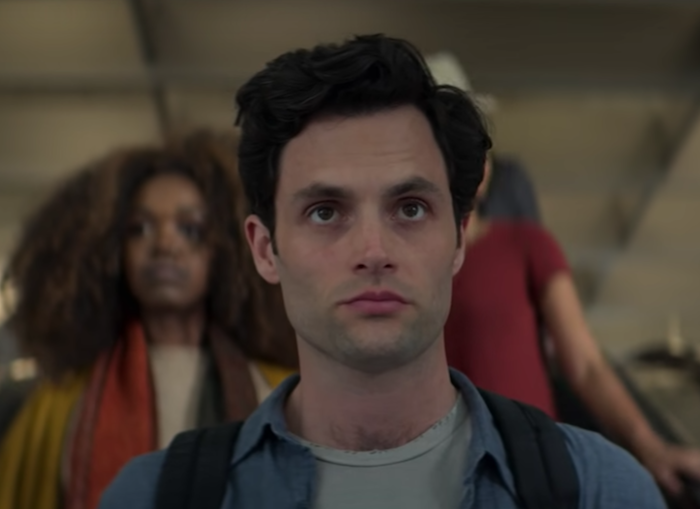 ‘You’ Season 3 Announced. What Will Happen to Joe and Love?

Well, in news that is less shocking and more of the inevitable variety, You season 3 has been announced by Netflix. Spoilers for season 2, below.

New Year, New (season of) You (is officially in the works!) pic.twitter.com/yZPWQzXXjA

You know, You that really creepy show about a murderous dude who doesn’t see women as people, more as ciphers to project his will on to? The show that I may or may not have binged over a 24-hour period because I got very sucked in, and also, I didn’t want to leave the house because it was kind of cold outside. Don’t lie, you watched this trash-fest, too. It’s entertaining, although everything hinges on season 3 whether the fridging of Delilah, one of the show’s leads who happens to be a woman of color is a biting take on white feminism (white ladies don’t want to help other women, they want to protect what’s theirs and they’ll murder to do it) or a shitty at best problematic treatment of a woman of color getting unceremoniously murdered by a rich white lady just to move the plot along.

Which brings me to season 3—some shit better hit the fan with Joe and Love, because at a certain point the tolerance for seeing two white conventionally attractive privileged knuckleheads manipulate and murder their way through life is going to get old, fast. Season 2 only works if there’s a reckoning for these remorseless jackholes, and in my opinion, it needs to come from Ellie, Delilah’s teenage sister, who was shuttled away from LA after it became clear to her that her sister was dead, and that Joe and Love were somehow involved in it. What happened to Delilah sucked. What happened to Candace sucked. Bad things happen to women, frequently, but the tides need to turn for Joe and Love or else this show seems like an endless exercise in misanthropy with no real point other than casual cruelty.

Turn they might because the source material for season 2, the book “Hidden Bodies” by Caroline Kepnes had a much different ending than the show. Spoilers below the image.

The book ends with Joe in jail, y’all. Granted, he is protected by Love’s family money, and is confident that he will get off, but there’s a silver lining for anyone wanting there to be consequences for the body count this show has.

While the plot of the third book in the series is not yet known, Kepnes gave Entertainment Weekly a hint:

As for what book three will hold, she can’t say much, but she will reveal that, “Joe is really proud of himself because a lot of people in his position descend into darkness after having been through what he’s gone through in book two and then in the beginning of book three. And he decides that he’s going to be a better person and he’s very proud of himself for that. Having dealt with Love’s family and dating someone with this close relationship with their twin brother, he’s very focused on the idea that he should be the one with the family. But yeah, the main thrust of it is that he’s very proud of his strength.”

Like I said, I want Joe and Love to pay for the body count they’ve left in their wake, and I especially want Ellie to play a large role in taking them down. Hopefully season 3 will deliver on this wish. No word yet when it launches, but my money would be on Jan 2021, about a year from season 2.