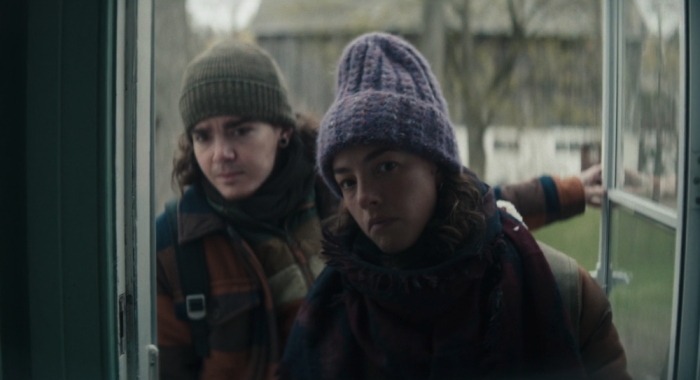 'Y: The Last Man' Episode 4 Recap: The Worst Hero Ever

While watching yesterday’s new episode of Y: The Last Man, my husband kept saying the same thing nearly every time Hero (Olivia Thirlby) was on screen: “I hate her.” And to be honest, I kinda agree with him! Characters should be complicated, but there are times when the specific nature of a character’s complication is just off-putting. Like, say, a whining liar (Hero), or a whinging mess (Yorick). Can a show overcome two lead characters who are like nails-on-a-chalkboard grating? I mean, Sex And The City managed it and is coming back for more, so anything is possible.

Episode four spends a lot of time — ALL of the time, in fact — with Hero and Yorick as they take the next steps in their respective journeys. In turn, their journeys provide a window into the everyday reality of the world so many weeks after the extinction event. There’s no scenes set with the politicians in Washington. Instead, the episode offers examples of the exact kinds of challenges Jennifer Brown and her allies are trying to solve, from hunger to healthcare. It also reveals that the survivors are forming their own sorts of order with or without Washington’s help. Women are banding together to raid for supplies or stealing from each other. They’re setting up markets and policing themselves. And Missi Pyle arrives as a charismatic leader named Roxanne who has maybe established the perfect post-apocalyptic campsite ever: The inside of a Costco-type store. The only question is how far she’ll be willing to go to hold onto it.

It’s the exact sort of world-building episode the series needed at this juncture, as we pass into the new normal of life after the event, but it also gave the show a chance to slow down and dig into Hero and Yorick in all their complicated glory. Each character attempts to take responsibility for saving lives in their own limited ways, while they struggle to face the larger tapestry of lives in their care. For Yorick, the future of humanity rests on his shoulders — but all he can focus on is protecting the people who might land in Agent 355’s unforgiving crosshairs. Things come to a head quickly in their first few days on the road together, as it’s clear Yorick can’t get over the fact that 355 blew up those two helicopter pilots. She is ruthless out of necessity, and frustrated that Yorick doesn’t share her urgency (what with all his pining over Beth and all). It’s only after she finally lays into him in a long-overdue rant about his laziness and privilege that he offers her insight into his mindset. He’s not just upset about her killing — he’s upset when she’s killing FOR HIM. Every life she takes while protecting him is a life he’s responsible for, and just because she’s able to run the calculations on those sacrifices vs. the good of the world it doesn’t mean Yorick can yet. He may be impetuous and useless and — yes — privileged, but he’s not completely unaware of the gravity of their situation. 355 may bear the burden of escorting Yorick safely to the geneticist, but his conscience is shouldering the burden of every life she has to take along the way. If you weren’t feeling at least a little more sympathetic toward Yorick by the end of the episode, then seeing 355 finally try to bridge the gap between them and get him to demonstrate some card tricks may have helped. Without a doubt 355 is the most interesting character on the show, and Ashley Romans’ performance just gets better and better every episode, so when she softens up even the tiniest bit toward Yorick, it’s hard not to follow suit.

Hero, on the other hand, hasn’t quite earned my sympathy yet, though I’ll admit I’m intrigued by just how emotionally compromised she clearly is. Remember, her character kicked the series off by accidentally killing her married lover in the back of an ambulance just as the event was starting. Sure, she acted in self-defense but there’s a part of her that believes she got away with murder. That’s why she went out of her way to ease his widow’s mind last week, and I think that’s why she still can’t quite bring herself to tell Sam the whole truth this week. She’s feeling guilty as hell, and it’s hard to tell how much of her resistance to seeing her mom again is about their particular relationship baggage, and how much of it is the possibility that her mom will sniff out her secrets. If Hero were going through this on her own, that’d be one thing, but she’s not. She’s got Sam relying on her. Sam, who gave up his chance to live in Vermont with a community that understands him just to wait for Hero. Sam, who needs the safety and the testosterone that Hero’s mom’s political connections could secure for him. I think part of what makes Hero more frustrating at this point than Yorick is purely their choice of companions. 355 can hold her own, and gives Yorick the dose of reality he so richly deserves, but Sam? Whatever Hero’s other mistakes may be, seeing her manipulate him and disregard his feelings is hard to swallow.

Of course, I realize it’s intentional. We as viewers don’t need to “like” every character, and Hero’s particular conundrum led someplace pretty fascinating. After sabotaging a car so she and Sam wouldn’t be able to drive to Washington, she then stumbled across Nora (Marin Ireland) and her injured daughter. Nora, you’ll recall, is the former Presidential aide who lost her access to the White House in the wake of the event, and whose daughter was badly injured by a shovel last week in a graveside crow fight. Hero uses her EMT training to help patch the poor girl up, knowing this will provide another delay in her journey. Was that her only motivation in helping Nora? It’s hard to say. But it definitely was a motivation. Things snowball from there, as Roxanne’s flunkies find Hero’s group and realize that Hero may be able to help save their friend who has been shot. Her medical training makes her a valuable asset, as does the fact that she’s the new President’s daughter (which Nora rightly points out, telling Hero to keep her identity a secret). She may be able to eke out a secure life without going to Washington, if things with Roxanne’s group and their swank camp pan out. But where does that leave Sam, and her promise to him? Will he also find safety in this new group? Would he even want to?

Just like Yorick distracts himself from the bigger picture by focusing on the lives he could save from 355, Hero is using her EMT training to help people while avoiding her responsibility to her partner. Both characters are a heady mix of selfishness, guilt, and a few good intentions, and at times they’re barely palatable. I guess that’s my main takeaway so far: I like a lot of what Y: The Last Man has going on, but I kinda hate two of the main characters. And that’s OK! It just makes me curious what sort of arcs they’re on — especially the character named Hero.