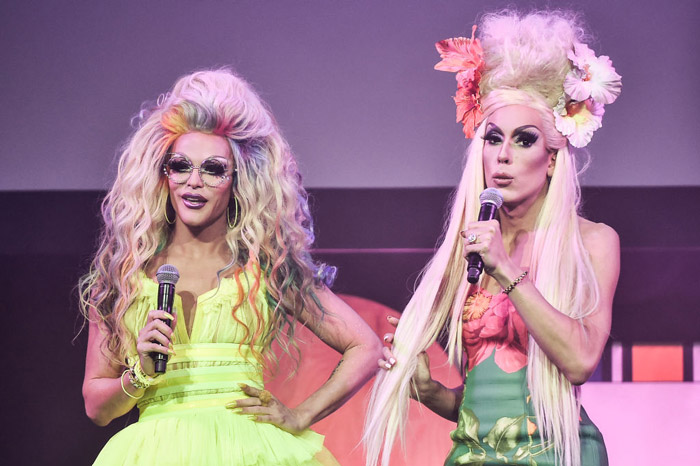 You don’t always need to win the crown to come out a victor on RuPaul’s Drag Race. Season 4 queen Willam (A.K.A. Willam Belli) proved that by becoming infamous for his sharp tongue and shocking disqualification. Since then, his star rose, appearing in shows like Super Drags, The Kominsky Method, Eastsiders and the prestige movie A Star is Born. Now, he’s spilling the tea on what really went down about his nationally televised DQ.

Let’s travel back to 2012, when Sharon Needles and Phi Phi O’Hara were fighting in the Werk Room, and Latrice Royale was becoming America’s sassy sweetheart. With an acidic sense of humor, cocky smile, and a bimbo appeal, Willam was catching plenty of attention, as well as a couple of wins. Then, he left the show in an explosive and mysterious fashion.

In Episode 8 (“Frenemies”), Willam actually won the main challenge with Royale as her partner. However, as the bottom two readied for the elimination announcement on the main stage, this queen stole the spotlight on the sidelines by vomiting. Instead of sending home one of those who lip-synced for their life, RuPaul made the call and sent Willam packing. But why?

Note how her DQ preserved the rivalry arc between spooky underdog Sharon and mean pageant girl Phi Phi? Both went on to the final three.

During the finale, the official ruveal came out. Willam was booted for breaking the sequester contract by having conjugal visits with his husband.

However, over the years, Willam has teased there’s more to this story. In a new interview with Joseph Shepherd, he says, “The conjugal was the story we all decided to go with.” In the video below, tea is spilled about behind-the-scenes drama, disrespect of the queens, and why Willam didn’t come back for RuPaul’s All Stars.

Willam’s consistently been a fascinating figure in Drag Race herstory, because he’s complicated. He can play dumb but is clearly a smart cookie who knows how to get the screentime that can springboard into fame. He never apologized for his ambition or his name-dropping, which riled those who liked the idea of this performance competition being about some pure idea of talent and authenticity. Ever since his ousting, Willam has shared secrets about the show that takes the sparkle off the image of Ru as some fairy godmother to all drag queens. Yet, he doesn’t take the mantle of a whistleblower or admit to any regrets. It’s a very sage and balanced approach, which is basically owning his mistakes, recognizing the faults of others, and moving forward. Of course, all this spilled tea means we’re not likely to see Willam on future Drag Race TV show. Thankfully, the world of drag is wide enough for RuPaul and Willam.