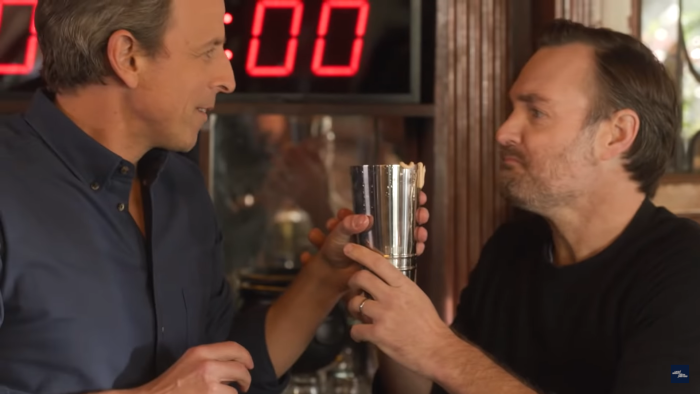 Will Forte is a busy man. Rightfully so! His talents as a writer and as an actor are undeniable. He’s also one of the funniest performers to come out of Saturday Night Live. Just this past year he had a recurring role on the Netflix show, Sweet Tooth. Now, he’s got a new show coming out that continues the adventures of his SNL character MacGruber. The man has a lot on his plate, but he still has time to day drink with an old friend.

Forte dropped by Late Night with Seth Meyers to go day drinking in Manhattan. This bit was so anticipated that the crew at the show kept teasing it. There was a YouTube clip put out that is 29 seconds long that is just Seth telling people the bit will be coming. They knew what they had on their hands, and they did not disappoint. This edition of day-drinking was hilarious from top to bottom.

The sketch did have an advantage. As I said, Forte and Meyers are old friends. They were on SNL together. They have a rapport, a rhythm. Meyers and Forte play so well off of each other that you almost wonder why the segment is only 12 minutes. It could have easily been an hour. The two of them are so comfortable together that it makes you feel comfortable. You’re just hanging out with two friends who love hanging out with each other and love making each other laugh.