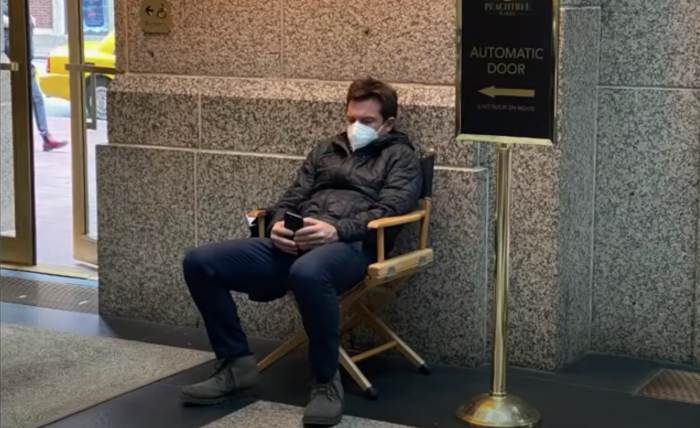 I listen to an enormous number of celebrity interview podcasts because sometimes, there’s a good news story to mine in them for my other writing gig, and I cannot get over how many of them are hosted by what Hasan Minhaj calls “approachable white dudes.” Seriously: That is practically the entire genre. There’s Dax Shepard, Marc Maron, Rob Lowe, Justin Long (JUSTIN LONG, the approachable white dude poster child)), Michael Rosenbaum, and honestly, even Conan O’Brien. Not only are they all “approachable white dudes,” but they all seem to share the same guests (or invariably interview each other), and I swear to God, if I have to listen to Matthew McConaughey talk about his father dying while having sex with his mother on one more podcast, I’m going to lose it.

Last summer the celebrity-interview podcast submitted a new entry into the genre, Smartless, and it came from a triple threat of “approachable white guys”: Jason Bateman, Will Arnett, and Sean Hayes. It’s honestly one of my favorites, although it has less to do with the interviews and way more to do with the fact that they spend a lot of time just giving each other shit (Arnett and Bateman trashing Hayes for never watching Arrested Development is a recurring highlight). The episodes are hit-and-miss, although the most recent with Billie Eilish and her brother Finneas O’Connell was absolute shit because there was no rapport, and listening to three middle-aged white guys try to relate with Eilish was super cringe.

However, when they have on other celebrities with whom they are close friends (Jennifer Aniston, Melissa McCarthy), those episodes are usually a blast because they’ll join in and gang up on someone (usually Bateman) and relentlessly mock one another, as friends are wont to do.

That’s basically what happened last night on Jimmy Kimmel when Will Arnett was made a last-minute replacement for Bateman, who ditched Kimmel because he was off shooting Ozark. Bateman wasn’t there, but that didn’t stop Kimmel and Arnett from talking shit, which made for one of the more entertaining pandemic-era celebrity interviews. Arnett brought some extra joy to it by eating a steak dinner Kimmel sent over to him during the podcast.