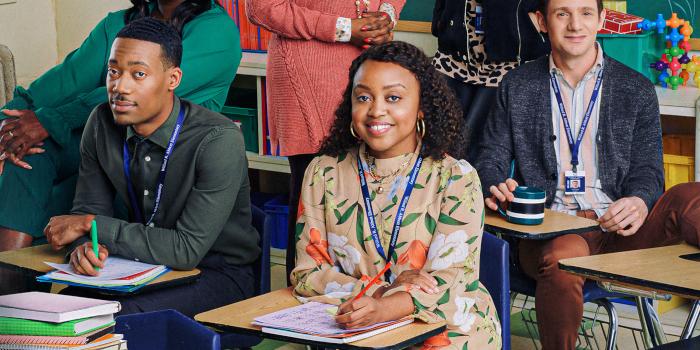 Will 'Abbot Elementary' Be the Next, and Possibly Last, Great Sitcom to Hit 100 Episodes?

The good news about the second season of Abbott Elementary is that ABC has given them a 22-episode order. The potentially bad news, however, is that ABC has given them a 22-episode order. When is the last time that a 22-episode season won a comedy Emmy award? I don’t actually know the answer to that, but I am guessing that it was Modern Family? It’s not only rare to win with full 22-episode orders, but it’s rare for a network sitcom even to be nominated (Black-ish, two years ago, was the most recent Best Comedy nominee with a full season order, and that show had fallen off in quality by then).

But then again, when is the last time we’ve seen a great 21 or 22-episode season? Probably not since the last full 22-episode season order of Brooklyn Nine-Nine in 2018. But if anyone can pull it off, it’s Quinta Brunson and Abbott Elementary, which at least comes with a workplace comedy premise that is rife with comedic potential. It’s not like every episode has to be great, either. There are some weaker episodes of The Office and Parks and Recreation, but the great far outweigh the bad, and ultimately that’s what Abbott is going for: To be the next great sitcom to make it to 100 episodes.

That’s rare in the streaming era. What are the last really good sitcoms to make it to 100 eps? Brooklyn Nine-Nine, Black-ish, and Superstore. No great comedy has been built in recent years to last 100 episodes until Abbott or maybe Ghosts, which is good, not great, and probably has a 5-season expiration date on it. I hope the show makes it, and I hope that Abbott Elementary also inspires a new wave of great network sitcoms, because they are sorely missed. There are only so many times you can rewatch the increasingly dated classics.

Here’s the season two trailer for Abbott Elementary and, based on it, I think Brunson can pull off another 87 winning episodes. Welcome back, dorks.