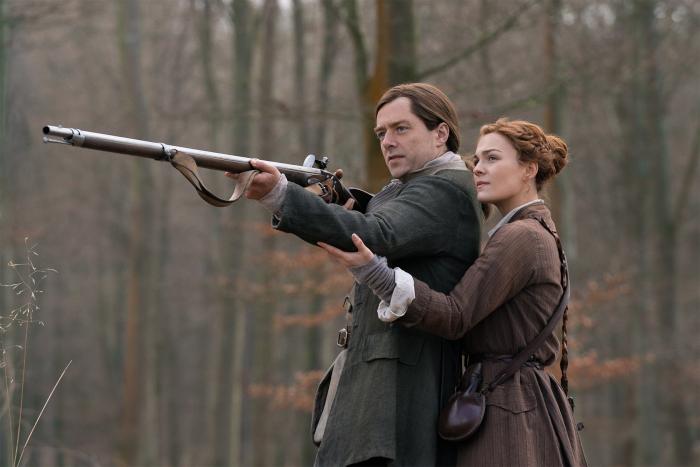 Why Yes, Bree and Roger are the Most Boring Couple in 'Outlander'

While most TV shows and movies have halted production for the imminent future, there are a few silver linings for those stuck at home and looking to binge-watch their way through everything now that there’s plenty more time to do so. Outlander, the fiery Starz show based on the series of books by Diana Gabaldon, hasn’t been affected by the pause in production, having finished filming all of Season 5 ahead of its February premiere. Now, I’m not here to unpack what’s been going this season, but there’s been a glaring issue with the show for a while now and the fifth season has made that clearer than ever before. So, here’s the problem: Bree and Roger are Outlander’s most boring couple and the more the show tries to convince us otherwise, the more glaring it becomes.

Unlike most of the show’s fans, I didn’t get to watching Outlander until several months ago. Naturally, it didn’t take long to binge-watch my way through four straight seasons of Jamie Fraser (Sam Heughan) looking deeply and longingly at Claire (Caitriona Balfe), and assuring her that everything would be fine, “Dinna fash, Sassenach.” Their chemistry is through the roof, the acting is top tier, and the constant rush of danger seems to fuel the fire of their desire for each other. So it’s only right that Claire and Jamie’s relationship is the bread and butter of the series, the legs with which it stands on, and the root from which all other relationships stem from. That includes Brianna (Sophie Skelton) and Roger’s (Richard Rankin) relationship as well.

First introduced at the end of Outlander Season 2, Brianna (Bree for short) got a major reality check when she realized that Jamie, and not Frank, was her real father. All angst aside, she and Roger joined the show at the very same time and their stories have been intertwined ever since. While their slow-burn romance is semi-sweet at first, the relationship took a sharp turn after Roger shamed Bree for wanting to sleep with him without committing herself to him forever.

In short, he wanted to get married and she thought that was moving too fast, so he made her feel awful and yelled at her for not being sure, pretty much claiming that she was leading him on if she didn’t want to be his wife. For a show that took no issue with Claire’s love of sex, it was an odd choice to punish and patronize Bree for wanting sex sans marriage. Ever since then, Bree and Roger’s romantic relationship has been off and forced. It was as if the show’s writers were trying to convince the audience that they were a great couple. Look, Outlander opined, their love for one another burns bright, just like that of Claire and Jamie’s! No, it doesn’t. In fact, they’re the complete opposite. 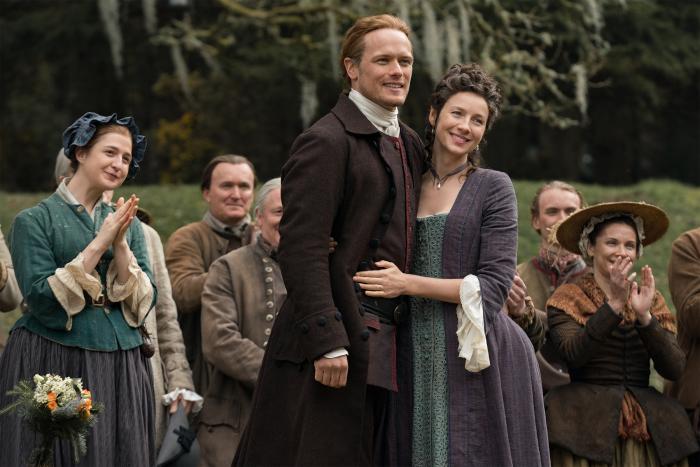 Their storyline weakly attempts to evoke a sense of loyal adoration, intense longing, and an unequivocal connection that can’t be broken no matter what happens. Their sex scenes are no doubt meant to be just as passionate as that of Claire and Jamie’s, but it’s unfortunate to say that the actors have very little chemistry and watching them together brings up no feelings beyond ubiquitous indifference. Even Sam Heughan was offended by the very idea of Bree and Roger being considered a steamier couple than Claire and Jamie, who are still the “hotter than ever,” thank you very much.

Honestly, Bree and Roger are uninspiring to the point that I zone out whenever they have any prolonged scenes together. As a couple, and it pains me to say this, they’re deliriously dull. It’s painful and it’s not helped by the fact that Roger is a consistently frustrating character, especially with regards to how he’s treated Bree in the past, pushing her to make decisions she wasn’t ready to make and then largely ignoring her feelings on any of the matters most important to her. He tends to center himself a lot more than he does her or their life together and it’s a stark contrast to a lot of the other characters on the show.

In the Season 5 premiere, Bree and Roger got married. The wedding, which was meant to be a joyful affair, was only worth watching for the parent/daughter moments. Oh, and to see Lord John Grey (David Berry) again of course. (That man needs to be around more in general, but that’s a whole other essay.) There’s absolutely no doubt that John and Jamie have more chemistry than Bree and Roger. So, too, do Marsali (Lauren Lyle) and Fergus (César Domboy) and Murtagh (Duncan Lacroix) and Jocasta (Maria Doyle Kennedy) — whose love is so inspiring that their last moment together before she was to marry someone else is truly heartbreaking.

It’s truly a shame that Outlander’s secondary romantic relationship isn’t as strong as it’s supposed to be or that it’s as dry as burnt toast. Bree, at the very least, deserves better than Roger. Ultimately, in trying to replicate the magic and success the show has had with Jamie and Claire’s relationship, the Starz series has only proven that lightning doesn’t strike twice.

← Republicans Are Making a Run at Planned Parenthood Under the Shadow of Quarantine | What's Happening on 'Survivor: Winners at War' Is a Travesty →