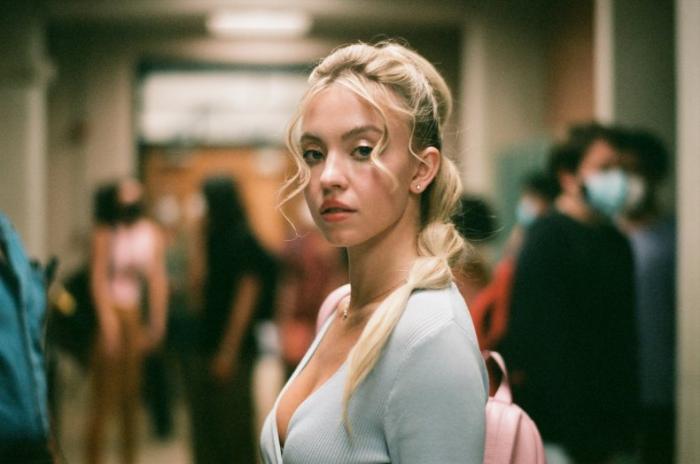 Why Is 'Euphoria' So Good When Its Creator Can Often Be So Bad?

I get a lot of side-eye on Sunday nights, and I give just as much side-eye to my laptop screen.

I watch out of professional curiosity, but also because it can be very good. It can also be very bad. This week’s episode was a prime example of both. For every pretentious overlong fantasy sequence, there’s a cutting, terrifically delivered Cassie comeback, a mesmerizing performance from Hunter Schafer, or a tense storyline with Eric Dane’s Cal that ends with a confession that is brutal and raw, but also completely and unnecessarily over-the-top.

There have been several inscrutable choices made this season. Where did Algee Smith’s Chris McKay go, for instance? Why has one of last season’s best characters, Kat, been reduced to a footnote? Why is a violent drug dealer the most sympathetic character on Euphoria? If Sam Levinson cut so many topless scenes with Syndey Sweeney at her request, just how many were written in the first place? Does Sam Levinson — who writes all the episodes himself (except for one episode last season he wrote with Schafer) — ever stop to consider if the show might benefit from some other perspectives?

Some of the storylines this season are like something straight out of a CW teen soap, only given the illusion of being more layered by the number of drugs and sex scenes involved. It’s not to say that it doesn’t work — I’m invested in the love triangle between Rue, Jules, and Elliot, even if we’ve seen it a hundred times, only with less oral sex. Likewise, the only thing interesting about the triangle between Maddy, Nate, and Cassie is why anyone would be interested in an abusive POS like Nate — those cheekbones will only get you so far, chief — and also, how far is Cassie willing to push it before she comes completely undone? (I really want to find out. Burn it down, Cassie. Burn. It. Down.)

It’s not that I don’t find much of what goes on in Euphoria relatable, either. There’s a lot of cheating and backsliding, regret and guilt in high school, and plenty of fear about being found out. My little brother was a drug dealer, not that unlike Ashtray. Like Cal, my father also led a double life, an addict who would come home bloodied and beaten, who tried to explain to his kids that he was jumped by run-of-the-mill muggers instead of violent homophobes that would attack him.

Even conceding how much more heightened everything feels in high school, the stakes feel higher in Euphoria because high school relationships are afforded more weight on this show than those of actual high-school relationships. Most high school kids are trying to figure out how to have sex, not trying to master it. Our identities are still evolving. The abuse we suffered as children has not yet crystallized into a neverending series of bad decisions. These “kids” are further down their paths than high schoolers ought to be, particularly given how privileged and wealthy most of them are. High school addiction and abuse are serious and weighty, but goddamn, we didn’t all live out Requiem for a Dream. We didn’t have to live out scenes from Requiem for a Dream to be profoundly affected by the abuse, dysfunction, and addiction of our youths. Have a little subtlety, Sam.

Yet, there are seeds that do ring true in Euphoria, overblown as it may be. Buried beneath the expertly choreographed sex and pretense, Levinson periodically stumbles upon a truly affecting moment, although it usually has more to do with the performances than the writing (a loving glance from Jules; a wounded look from Cassie; Rue’s vacant, glazed stare; a look of self-disgust from Kat). To wit, Eric Dane sold the hell out of a terribly written scene in last night’s episode that saw Cal piss all over the floor of his home’s foyer and confess a double life to his family while his dick was hanging out of his pants. Was it necessary to detail his sexual exploits, or the horrific nature of the porn his son watches? I’m not being prudish — it’s one thing to push the envelope, but it’s quite another to rip it open with your penis. Yet, beneath the graphic details, Cal expressed his disgust with his older son. He empathized with his wife. He expressed profound disappointment in himself for the mess that is Nate, and he conveyed his heartbreaking loneliness. Cal is a sexual predator — he should be locked away for life for what he did to Jules — but Eric Dane found the humanity within him thanks to his performance and two very well-executed scenes — set 25 years apart — in a bar. But they succeeded not because of Levinson’s writing but despite it.

And that, to a tee, is the story of Euphoria.