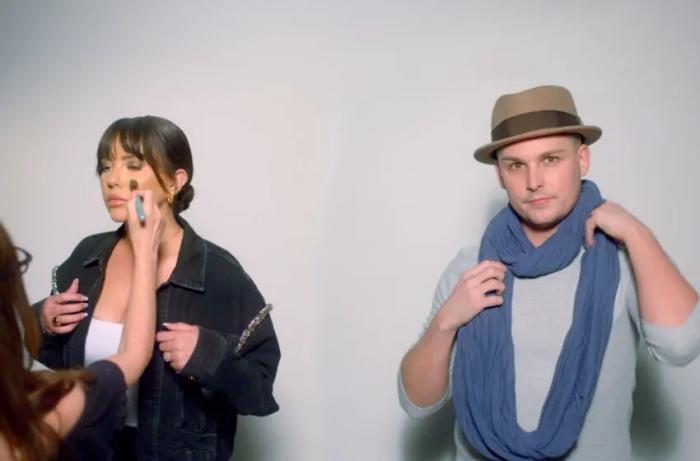 Why in the Algorithm Hell Did We Need a Bling Ring Documentary?

Short answer: we absolutely did not. And yet here we are.

Last week Netflix put out yet another of its endless true-crime docu-series. Don’t get me wrong, I’m not immune: I’ve watched more than my fair share of these. But I’ve said it before and I’ll probably say it many times again—true crime is an icky, voyeuristic, exploitative trend that is only rarely done well enough to justify being done at all. (Someone’s out there beating on a dead horse, and today it’s me I guess.)

But voila, here is a docu-series based on the true story behind a movie I’ve spent a good chunk of my brain space defending back in the day when it was an anti-critical-darling: The Bling Ring. And here I go, about to do so again, but purely for the sake context, I swear.

Sophia Coppola’s 2013 The Bling Ring had all the makings of a critical darling from the word go. The juicy ripped-from-the-headlines subject matter, Emma Watson’s fan-favorite status, and the director’s stylistic touch, already so well-suited to portrayals of glitzy, decadent lifestyle in Marie Antoinette—it seemed ideal. The story of a troupe of uber-privileged, uber-glamorous high-schoolers in LA who burglarize celebrity homes was a Cinderella slipper of a story for the director to try on: Coppola’s tender, painstaking style, her emotive treatment and innovative cinematography, elevating a paparazzi story to the level of artsy Oscar bait.

So what went wrong? When it appeared, critics immediately dubbed The Bling Ring a very quiet, very lightweight movie. “The curve of potential mockery bends toward infinite, yet Coppola restrains her satirical impulse in The Bling Ring, shaking her head ruefully more than she snickers,” said Stuart Klawans in The Nation. Richard Brody in The New Yorker called it a “teen true-crime story” wherein a “strange malady that afflicts all five of [Coppola’s] perps—narrative deprivation.”

While The New Yorker’s critique was far from the most acidic attack, the backlash against Coppola’s lackluster presentation was myriad—as Brody says, the movie “tak[es] on a dress of [the teen’s] flatness and simplicity.”

But the film didn’t fail on that front: the perceived stumbling block is really a testament to how well Coppola’s presentation runs in sync with her content. Coppola doesn’t beat to death the easily-mockable subject matter with high-brow techniques, as an outsider observer who, like the audience, feels like they’re “above it all.” She could easily have gotten all the laughs she wanted. But the punchline of her movie comes through in how absurdly down-to-earth the story feels for the average, paparazzi-driven media consumer. How “obvious” and how “flat”—but why is it a failing, to show how ordinary the ridiculous can seem?

A camouflage act, The Bling Ring tricks us into peeking into the absurd, fantasy life of the wealthy, and then into finding it unspectacular. The film shows us a land of hollow imagination, the thinnest of motivation, and the movie makes us feel that inertia, gets under our skin. Coppola is far from a naïve filmmaker, and it would take a truly naïve filmmaker not to anticipate how the audience will expect to experience the celebrity-centric film’s over-the-top subject matter. It’s just a different breed of satire.

And then dawns the year 2022, and The Real Bling Ring makes its algorithmic debut on my smart TV. Sparknotes version: two members of the convicted “Bling Ring” sit in their interview chairs and deliver their own accounts of the events leading up to the infamous robberies of celebrity homes way back in the day. I won’t throw those two names in here for reasons that will become clear. But basically: I have a nasty, sneaking suspicion that they were paid for their involvement, as they go prattling on trying to make themselves into as sympathetic characters as possible while clearly basking in the attention, curating their image like one might on social media to portray the character with whom the public will jump onboard. There are repeated, reliable callbacks to the film, shot while the case was fresh. (So fresh that an investigating officer cameoed in the movie, endangering the prosecution’s potential trail case.)

It’s fascinating to watch the Bling Ring members shifting from their desperate-to-be-adored 2000s selves to the cookie-cutter-sympathetic characters of 2022. There’s no better commentary on fame-hunger in this series than that careful metamorphosis, in my opinion: making sure that you’re the character that people want to see in whatever moment, just for the sake of drawing eyeballs.

The little Netflix outing serves as ridiculous and cringe-worthy limelighting of these convicted idiots. From my perspective, we were better off with the dry satire of the film that made these people famous in the way they deserved—not as themselves, but as characters. I say this specifically in this case because these entitled assholes seemed to really want nothing more than fame: one of the culprits was in the midst of filming the first season of a reality TV show à la Kardashians, which incidentally finally saw the light of day as part of this Netflix docu-series.

We got nothing from this breed of true-crime retrofitting—feeding off the prestige of the movie and the celebrity involved, it just gives the attention-hungry more of what they crave: their faces on millions of screens and some cash in their pocket.

The closest the series came to justifying its existence was in its last few minutes, as all its various sets and backdrops are literally turned off, revealed to be greenscreens behind our various talking heads. Everything entertainment is as fabricated, controlled, and produced as it seems, plus some. That’s the take-home lesson. But even that moment of self-awareness left me dazed with irritation. The next hate-watch of its ilk is undoubtedly right around the corner. I feel like Netflix might need a sticky note reminder on its production decisions: please don’t feed the self-obsessed trolls. Let them rot in satire, and for the love of documentary, please don’t pay them for this nonsense.


← Are We Sure This Was The 'La Brea' Season 2 Premiere? | Jordan Peterson Broke Down Crying Over 'Don't Worry Darling' →