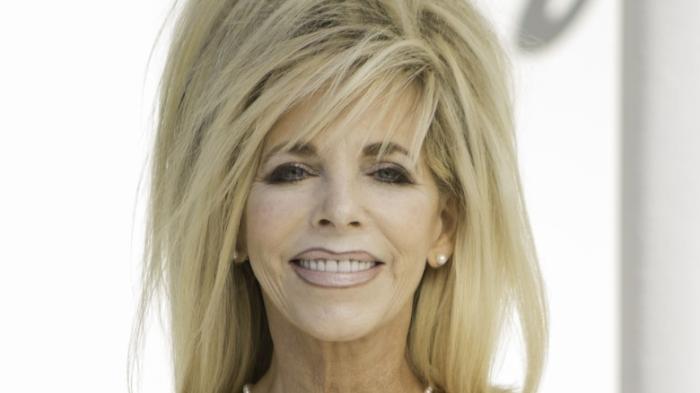 Welcome Back to the Party: Franchising True Crime Fallout

When my roommate said HBO made a documentary about the cult from her hometown, of course we sat down to watch it immediately. The Way Down, the story of a profoundly toxic, corporate weight-loss-obsessed megachurch, was predictably engrossing in all the smarmy, enraging, absurdist ways true crime does best. What do you mean this cult of starvation and aesthetics is dividing families based on the teachings of a weight-loss guru who thinks she’s a prophet of the lord? Excuse me? What do you mean these terrifying people’s megachurch is within view of my roommate’s old high school? What do you mean the cult leader’s hair actually looks like that?

The story of Gwen Shamblin (Yes, sham is in the name) opens the door into a private world of a for-profit corporation masquerading as a church, attracting followers through conscious eating—a very real, potentially healthy style of eating that Shamblin contorted into a starvation diet in the name of Jesus Christ. “Stop bowing down to the fridge, start bowing down to god,” was repeated in one form or another at least three times as a sort of empowering (?) catchphrase throughout the first few episodes.

The story is framed by Shamblin’s death when her husband crashed a small private plane killing Shamblin, himself, and five others. The first three episodes run right up to that point, closing dramatically on the cult’s uncertain future.

Until the end of last month, the first three episodes were all there were. Until two more were released. The opening shots show an ad for the series being posted on a billboard on a local highway (my roommate paused the show to identify exactly which highway and its relation to the town of Brentwood, TN, where our story takes place). The second batch of episodes is a meta continuation, explicitly spurred by the response to the show’s first run, featuring ex-members responding to online ridicule and new ex-members coming forward with their own experiences, encouraged by others publicly telling their stories. (One man recounts his brief membership with Remnant Church that was cut short as soon as he came out as gay to church leadership, including Shamblin.) The follow-up episodes are helped exceedingly by some truly disconcerting reality TV footage that Shamblin herself had made in the hope of promoting her church via the wildfire spread of outrageous reality TV à la Selling Sunset.

Instead, she got a different kind of internet-age notoriety, one that she wasn’t around to see or to profit from.

It’s fascinating to watch all her intentions come awry posthumously to the degree that they do. What’s more, the fact that the storytellers didn’t pack up their equipment, get their hit show and go home. They went back to measure the effect of their storytelling on the ground.

We’ve seen this several times over in recent true crime revivals, shows like Tiger King, The Staircase, and The Vow airing or announcing second seasons/portions that follow the action of the first. (The Staircase is a bit of an odd one since it was genuinely filmed into two sections before its initial release.) The impact of the true crime story becomes part of the story itself, enveloped by the media object that changed the course of events in whatever sense, whether it was creating a sensational pandemic trend (the witch at my local flea market was wearing a “cool cats and kittens” t-shirt this past weekend) or publicizing an already sensational sex cult as its members were prosecuted (NXIVM documentaries abounded in rapid-fire after The Vow’s success).

In the case of The Vow, follow-up documentaries like Seduced: Inside the NXIVM Cult feel almost as if they’re expansions on a franchise rather than true crime in its rawest investigative form: rehashing events from every angle and reselling those rehashings for views puts far more emphasis on the exploitative cringe factor than any other ostensible lesson or moral questioning. Tiger King’s follow-up and Tiger King: The Doc Antle Story certainly feel like franchise expansions. But there is a glimmer in Tiger King’s second season of what the two new episodes of The Way Down do so much better.

The profiteering angle of Tiger King Season 2 hits you in the face, yes, but it’s also a stomach-churning reminder that these stories aren’t fascinating, distant tidbits like a quotable Game of Thrones moment. The second season of Tiger King finds a host of Joe Exotic allies flying in for a particular rally on January 6, 2021, in Washington DC. (They leave pre-insurrection because the crowd—guess what—thinks their campaign for a presidential pardon is a frivolous distraction from what the majority were really there to do…) Those who were harmed and those who benefited from the series are shown in the aftermath of their stardom, brought to them by viewers like you, yes you, now tuning in for a second course.

For me, it was a bit of a sickening wake-up call: I watched the first season with the kind of fascinated horror I assumed it was meant to inspire. (To be fair, I’d heard the story before on Wondery’s Over My Dead Body podcast, and I also really wanted to know what these people looked like.) But I could barely stomach the first episode of the second season, watching people rally behind the amazingly chaotic but also amazingly destructive figure of Joe Exotic. Just like with everything else in America, there was a vast epistemological divide, two worldviews being shaped by ostensibly the same reality. It wasn’t all fun and games anymore.

Are we seeing the emergence of a new trend, where the true crime story, once popular, doesn’t end? This is a different breed of longevity than say the JonBenét Ramsey case or the ad nauseum commercial obsession with Marilyn Monroe. To me, those cases fall more into the category of lore. Many different people, in many different styles (and with many different levels of taste) pick up Monroe’s and Ramsey’s mysteries, fiddle around with the story on screen, and keep its legend alive. This style of return feels more like branding. With the reliability of a Marvel sequel, we get to peer into the messy aftermath of what was the grotesque brought to light for our amusement—with a dependable storytelling and editing style, bingeable for consistency.

As flippant as I sound, I’m not convinced this ongoingness in true crime storytelling is entirely a bad thing. Picking up a tragedy and narrativizing it in a vacuum, then walking away, feels far more easily exploitative to me than taking the time to explore and revisit the impact of that storytelling. Maybe that’s not very true for Tiger King (there was just way too much more profit to be made on more Tiger King).

The Way Down, though, does it better—maybe even in such a way that this franchise-like trend could be modeled productively off of. The popularity of the original episodes encouraged waves of emails (that we see on screen in the follow-up episodes) from others who want to add their voices to the story, keeping the door open for testimony for something more than shock value. Experts break down the cult’s public-facing response to the documentary series, as well as their efforts to contradict and denounce those who participated. And there’s a frank accounting of the shame and pain faced by those who came forward as they were met with online mockery.

There’s an open acknowledgment of how the docu-series steered the real lives of people, for better or for worse, and a discussion of what good telling these kinds of stories can do. I’m not claiming The Way Down leaves behind all the hallmark exploitation and shock value that makes true crime so rampantly popular as a genre. The footage of the would-be reality show, the tragic stories of escapees and broken families, and the imagery of Shamblin’s skeletally thin daughter/successor in cult leadership check all those boxes. But still. Is this some kind of accountability for the stories we tell? An acknowledgment that this powerful true crime trend is as much impacting the lived reality of people as it is based in it? True crime isn’t going away, and it isn’t about to get suddenly, magically ethical, but it can learn from—or at least witness—its impact as it draws in millions upon millions of adherents to its call.


← Netflix's 'Honeymoon With My Mother' Is a Cringe-Inducing Freudian Horror Show | Review: 'On The Count Of Three' Just About Pulls Off the Tonal High-Wire Act It Needs To →