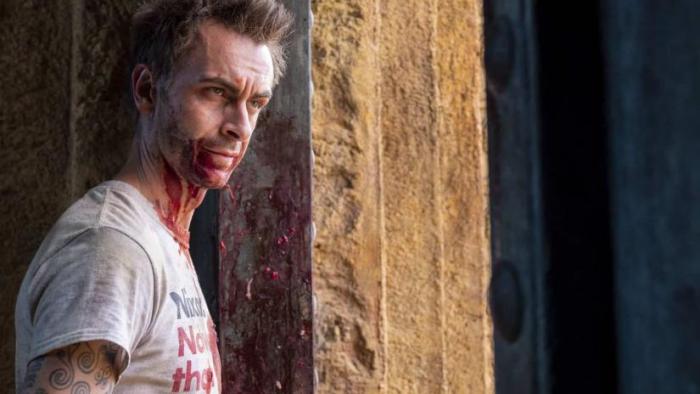 Why God Destroyed the Dinosaurs, According to AMC's 'Preacher'

This post is mostly designed to remind you that the fourth and final season of Preacher kicked off on AMC last night with two episodes, as the series heads into its endgame. I reviewed them over on Uproxx, but tl;dr: If you liked last season of Preacher, there’s no reason you won’t continue to like the fourth season. If you’re still hoping for a faithful recreation of the comic storylines, that ship has long since sailed (although, the first two episodes suggests that the series will incorporate elements from a number of different storylines).

As for the episodes themselves? They were fun. Also, disgusting (Cassidy, a regenerating vampire, had his foreskin sliced off repeatedly by a member of the mafia turned torturer, and some of those foreskins were used in a creatively disgusting way). However, I’d like to isolate one scene in particular, which reveals why God actually decimated the dinosaurs. Basically, a dinosaur earned God’s wratch after pooping, eating its own poop, and burping in God’s face.

In other words, Preacher is still Preacher. The series’ final season continues on Sunday nights on AMC following the return of Fear the Walking Dead next Sunday night.