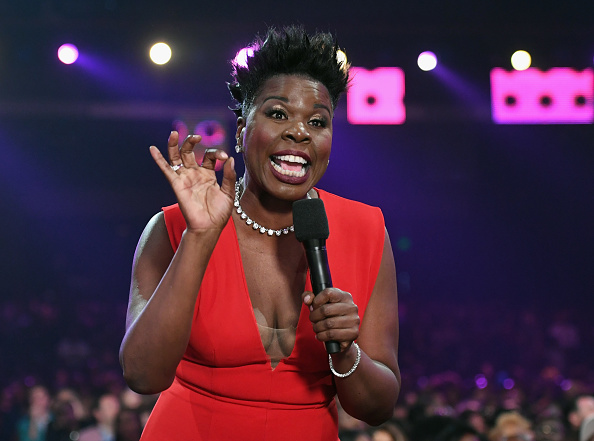 Why Doesn't NBC Want Leslie Jones to Recap the Olympics?

Early this morning, Leslie Jones — who has been unofficially recapping the Olympics on social media for several years — posted this:

I have watched olympics since I could walk lol. Me and my dad. So this is from my heart. Y’all should be asking @NBCSports why they don’t see that. And think they can replace me with just anyone. Again not saying I was first just saying it’s frustrating. @TeamUSA pic.twitter.com/uhomVaOuvK

It’s not entirely clear what the frustration is, but a couple of hours later, Jones — who is the only part of the Olympics a lot of people even care about — posted this, telling fans that she may be done with recapping.

It’s not too hard to read between the lines. NBC was probably asking her not to post the videos — or pulling them — because perhaps they’d paid someone else to officially do what Leslie was doing for free. Who, exactly, is NBC paying? Here’s a reply to Jones’ first Instagram post from Holly Robinson Peete.

This is how Jones responded: “You think Kevin and snoop give a f*ck about athletes and Olympics? Honestly, I think this should be my last one. It’s frustrating.” And here’s a tweet that Jones retweeted:

Hey NBC fuck off with that trash and give Leslie the props she deserves - ya'll would have never had as brilliant an idea as having a comedian live tweet the Olympics if she hadn't done it first! You'll never be as good at it either 🤷🏼‍♀️

Kevin Hart and Snoop Dogg recapped last year’s Summer Olympics for Peacock, and I suspect that NBC got the idea to hire them last year based on the popularity of Jones’ recaps. Why not hire Leslie Jones? That’s unclear. It’s also unclear whether Kevin Hart and Snoop will return this year for the Winter Olympics, if NBC has lined up someone else, or if they’re not going to do it at all. What is clear is that they inexplicably have not asked Jones.

Listen, I like Snoop and Kevin Hart and all… but LESLIE JONES IS RIGHT THERE. #Olympics #olynpicsrecap pic.twitter.com/waKUr87lWm


← Johnny Knoxville Drops By 'The Daily Show' To Try And Remember 'Jackass Forever' | Watch the Trailer for Hulu's 'The Dropout,' Starring Amanda Seyfried →