I don’t live in L.A., so I don’t know that much about Angelyne. She’s a precursor to the Kardashians. She invented the identity of an orphaned small-town girl who moved to Los Angeles and sold that identity in the form of merchandising and appearance fees, but that identity was not who she actually was.

Angelyne, 67, is the L.A.-raised daughter of Holocaust survivors, a Jew who found refuge in what Baum described as “shiksa drag.” She was born in Poland in 1950 to parents who were among the 500 to survive out of a town of 13,000. Her parents were sent to concentration camps before escaping to America and settling in L.A.’s Fairfax District. After Angelyne’s mother died in 1965, her father remarried another Holocaust survivor and the family moved to Panorama City, where she attended high school. While her paper trail ends there, Angelyne soon reinvented herself as a blonde bombshell, famous simply for being famous, by appearing on billboards in Los Angeles and driving a pink Corvette around Hollywood.

So, basically, she was the analog Kim Kardashian. 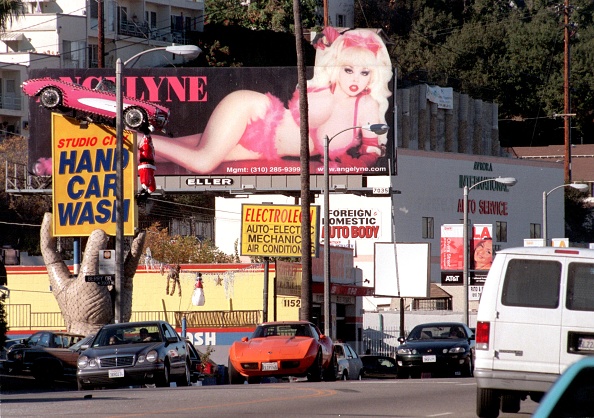 The forthcoming TV series, Angelyne, is based on a The Hollywood Reporter piece that revealed Angelyne’s identity. Her name is actually Renee Goldberg. In 2017, she wasn’t pleased about having her identity revealed. I hope that she gave the TV series her blessing (and that the TV series compensated her for that blessing!)

Emmy Rossum is producing and starring in the television series. Her husband, Sam Esmail (Mr. Robot) will also be producing. It’ll be a limited series for Peacock, the NBC streaming platform. Rossum teased her new look for the series on Twitter yesterday.

That’s exciting, and maybe the first reason so far to invest in The Peacock. 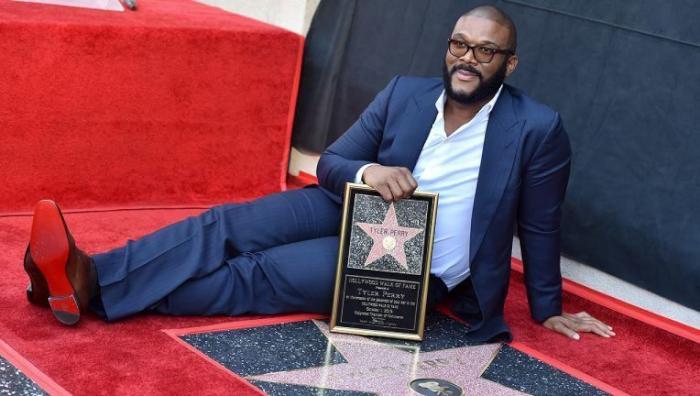 Tyler Perry Needs to Brag Less About His Work Ethic. A Lot Less