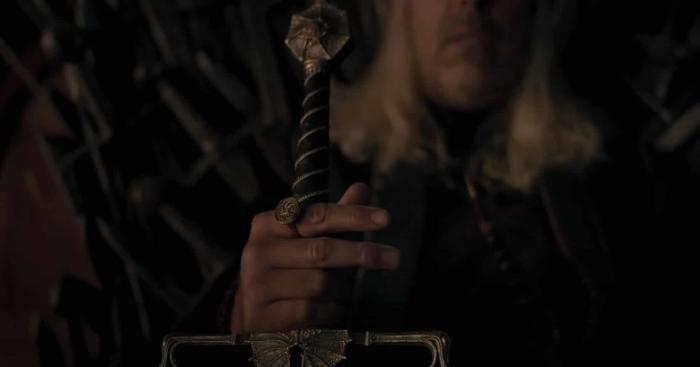 HBO has been steadily doling out new content about the upcoming Game of Thrones spin-off, House of the Dragon since the moment set pictures were available. I’m pretty sure that shot of Matt Smith in a bad Targaryen wig standing moodily on a beach with Emma D’Arcy hit the internet about a decade ago now, even though I’m also aware that’s impossible. Recently, we learned that the show will start airing on August 21st of this year. Excellent, a Sunday in late August when summer is getting annoying sounds just the right speed for this show. But one thing we still haven’t seen previewed?

Oh, I know most of the people in the bad wigs are “dragons” because they’re Targaryens, and House of the Dragon refers to their sigil. I’ve been around this block. I have a devastatingly useless amount of knowledge about the Song of Ice and Fire books. My point is that one of the things that I continue to praise about the original series is the work done on Daenerys’s dragons, including the sound design and music cues, and it’s the thing that I’m actually curious about in the new series and I’ve yet to lay eyes on a goddamned one of them. You want me to get hyped about this after the wet fart the original series ended on? Show me Syrax. Show me Caraxes. We’ve got a character in the show who was a rider of the legendary Balerion, but I understand holding that one back for a while.

Intellectually I understand that the dragon footage will be few and far between because it’s expensive and probably still rendering on very busy servers somewhere to be ready for TV by August 21st. But my point remains that if they really want something that will draw in skeptical or hostile former Game of Thrones fans, they need to show us an actual dragon. Any dragon. Thank you.

← Shaq Teaches Stephen Colbert How To Bake Brownies And Charm An Audience | Reddit Asks the Question: 'What's Your Most Controversial Food Opinion?' →