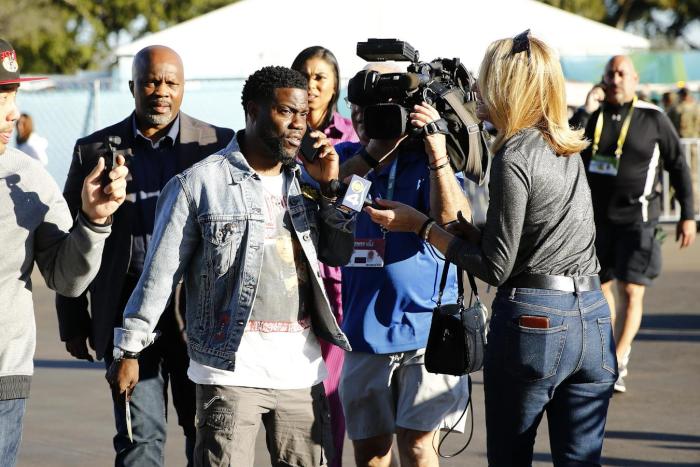 Sunday night featured a solid Super Bowl, although it was one of those years where the game itself far outshined everything around it, including the ads that corporations paid $7 million to air for 30 seconds. I was rooting for the Los Angeles Rams because a Super Bowl victory was the least that Matthew Stafford deserved after toiling away in Detroit for over a decade; because Aaron Donald is a force, and so is Cooper Kuppp; and because it’s hard not to pull for the old guy, Andrew Whitworth, especially when he’s also a tremendously good person (he won the year’s Walter Payton award). I wouldn’t have been upset with a Bengals win, either, because that franchise could use one and it’s a fun young team, but I suspect that Joe Burrow and Ja’marr Chase are going to be back several times over the next 15 years. If there was any one issue I had with the game itself it was the lack of a villain — that’s the downside to not having a Brady or a Rodgers in the Super Bowl. The victories are so much sweeter when they come against an intolerable foe!

There was, however, plenty to dislike about the Super Bowl ads. In that respect, I’ve also never felt as out of touch with whatever mainstream the Super Bowl is intended to represent. I’m too old to regularly eat snack food; I’d like to think that I have better taste than to drink sh*tty beer (much less zero-calorie or fizzy beers); I’m not wealthy enough to care about crypto, the Metaverse, or those amorphous finance companies/apps. I’m still more of an aspiring electric car owner than an actual one, and besides, I’m not in the market to buy or sell a car. I’ve also been using the same cellular network for a goddamn decade, not because it’s the best (they all seem about the same), but because it’s easier.

I also spend way too much time online not to flinch at the sight of Matthew McConaughey or Kanye West, and even when I see Ewan McGregor, I do not think Star Wars or even Danny Boyle. I think: He left his wife for Mary Elizabeth Winstead, which seriously upset his daughter. There was also a pretty decent Sam’s Club ad featuring Kevin Hart. But wasn’t he canceled? Isn’t his cancelation the reason why we haven’t had an Oscar host in years? Doesn’t he make jokes about how many times he was canceled? And yet, here he is in a Super Bowl commercial. And why is that where my mind goes instead of, like, the fact that Sam’s Club is Walmart-owned, and the only reason the Rams are in Los Angeles is because the owner of the Rams, Stan Kroenke — who earned his fortune marrying a Walmart heiress — ditched St. Louis and broke their hearts for the prospect of more money in L.A. Screw Sam’s Club! (But also Kevin Hart.)

The Super Bowl is a good reminder, again, that our online realities are not real life and there’s a good reason why, 18 years in, Pajiba remains as niche as it is. I guess not everyone vilifies a celebrity’s association with crypto like those of us online do. I saw people online actually celebrating that crypto ad with a QR code that bounced around for 30 seconds.

It’s clear, too, that Super Bowl nostalgia has moved from the ’80s to the ’90s, which meant not only a very ’90s half-time show, but very bad ads featuring an Austin Powers reunion, Jim Carrey’s Cable Guy (a dark comedy that bombed in the ’90s!), and Arnold Schwarzenegger shooting electricity out of his fingers (besides George W. Bush, has anyone benefited more from Donald Trump than Schwarzenegger on the relativity scale)? (The Lindsay Lohan Planet Fitness ad, on the other hand, wasn’t bad. I also forget: Do we like or dislike Lindsay Lohan? Is she problematic, or a victim of the Hollywood system?)

Ultimately, most of the ads I liked had little to do with the products and almost everything to do with the celebrities I like who were in those ads. Faison and Braff singing “I Feel Pretty”? Yes! Jennifer Coolidge, Trevor Noah, and Nicholas Braun eating non-food items for Uber Eats? OK! Paul Rudd and Seth Rogen going down memory lane over a bag of Lays? Sure! Brie Larson, Danai Gurira, Eugene Levy, Catherine O’Hara, and Dave Bautista in an action-packed Nissan ad? That’s my speed! And yes, I know, we’re supposed to be mad at Brie Larson because she’s promoting NFTs now, but also, sometimes people who spend too much time online react with the same level of outrage to a celebrity’s association with NFT as they might Joe Rogan’s COVID misinformation because there’s no such thing as nuance.

The combined Q scores for Colin Jost and Scarlett Johansson on Pajiba are probably like a 40, and the only person online people dislike as much as Mark Zuckerberg and Elon Musk is Jeff Bezos, and yet, that Alexa ad was my second favorite of the night. I couldn’t help it. It was funny. I will drop a dollar into the virtue-signaling jar for laughing.

The Larry David Super Bowl ad, likewise, was like a bad joke! The set-up would have otherwise made it the best ad of the night if the goddamn punchline hadn’t been: Crypto! How quickly our esteem for Larry David plummeted, even if 95 percent of us know that Larry David doesn’t care in real life about crypto any more than most of us.

My favorite ad of the night was the Joel McHale and Ken Jeong commercial, not only because those are two actors I like within my pop-culture sphere but the ad itself took gentle and amusing aim at the polarization of the Internet. Hey! That’s where I live! I don’t eat mixed nuts, but the ad spoke to me.

Ultimately, the Super Bowl is a good reminder that being too online is exhausting because online culture has a tendency to associate every celebrity with the worst thing about them, as though it makes us better people by bringing that up. The reality is, there’s hardly any organization eviler than the NFL itself, and yet it brings in 100 million viewers year after year after year and tries to make us forget just how evil it is by parading out icons like Billie Jean King. The NFL is where our ire should be, but also, Matthew Stafford’s wife had a brain tumor removed less than two years ago. How can I not root for him?!

← 'Doctor Strange in the Multiverse of Madness' aka 'Stephen Took Too Much LSD' | Box Office Report: 'Death on the Nile' Takes Top Spot Over 'Marry Me' on Valentine's Weekend →