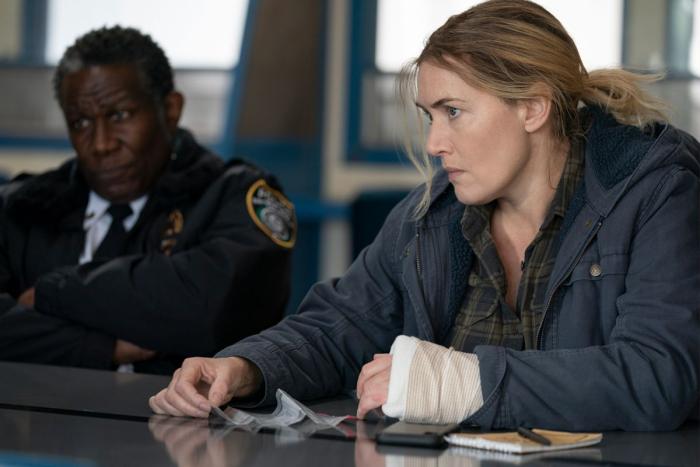 What's the Deal with that Photo on 'Mare of Easttown'?

Listen: If you’re checking this write-up hoping for a theory or some illumination on what was on that photo that Jess gave Chief Carter, I am afraid I can’t help you. All we know is that it is significant enough that Chief Carter believes it will change Mare’s perception of the case, a case that seemed fairly airtight after Billy Ross confessed to his brother John that he is the father of Erin McMenamin’s baby, D.J., and that he killed her because he couldn’t allow the secret that he was sleeping with his cousin’s daughter to come out.

We do know that whatever is on that photo, it was damning enough that Dylan held a gun to Jess’ face and threatened to kill her over the secret. It’s a really big secret, and I cannot even surface a theory that might implicate Dylan without nullifying Billy’s confession. Except, it is plausible that Billy didn’t kill Erin, but has decided to take the rap for it over the guilt he felt for having fathered her child.

That would not explain why Billy and John’s father found Billy covered in blood on the night of Erin’s murder, unless he only moved Erin’s body, which would mean what? That Deacon Mark took Erin to the park, Dylan killed her, and Billy moved the body? That’s a lot of (shady) participants in Erin’s final hours.

Also, did John put a gun in the tackle box with the intention of murdering Billy to hide an incestual secret? Why did John even tell Lori, if that was his plan? Because Lori’s obviously gonna suspect John killed Billy if he comes back from a fishing trip without him. Even if that wasn’t John’s plan, why tell Lori — Mare’s best friend! — if he wanted to keep the murder a secret? Has he never heard that a secret between two people only remains a secret if one of them is dead? Or did Billy put that pistol in the tackle box, and if so, why? To kill himself?

It’s hard to square any of this, although it certainly seems that we can limit the list of suspects to two people now: Billy and Dylan, whose alibi for the night of Erin’s murder — it should also be noted — completely fell apart in this episode.

I’m not going to say that the identity of the killer doesn’t matter, because it does, but beyond the verkakte with Erin’s murder, it was a terrific character-driven episode. Mare’s therapist’s phenomenal insight about Mare — that she’s hiding behind other people’s grief to avoid her own — also helped to put some of the other characters in perspective. Siobhan obviously didn’t kill anyone, but the fact that she found her brother’s dead body helps to explain why she’s been so emotionally erratic and adds an extra, complicated layer to Mare’s relationship with her daughter. It was obviously important for Mare to acknowledge her role in Siobhan’s trauma and also apologize for it.

As for Richard Ryan? He was an effective red herring, but he proved to be more than that, too. The way that Mare sought to spare his feelings after canceling on their date — after everything else that’s been going on in her life — illustrates character growth, but also allows her to acknowledge that she needs to work on herself (and her grief) before she can manage a romantic relationship. But also, in the preview for the season finale, why is Richard Ryan packing up his car like he’s moving away?

Also, the way that Zabel’s mother slapped the sh*t out of Mare was both shocking and expected, but I think it was important for Mare to give Mrs. Zabel that opportunity to expend some grief, too.

Then there was the sequence that briefly allowed the audience to believe that Drew had drowned after Carrie fell asleep either after a hard day of work and/or a drug-induced haze. That was cruel. It wasn’t enough that we had to see Freddie Hanlon’s dead body in this episode, this show had to introduce the idea of a dead kid, too. I love Mare of Easttown, but that was messed up. I do hope, however, that it prompts Carrie to reconsider whether she’s yet capable of taking care of Drew on her own. I think that Mare and Carrie need to put aside their differences and their pride and come to the conclusion that they need each other, and that Drew needs them both.

One last note: Mare of Easttown has been remarkably consistent in ending each episode with a huge cliffhanger that is typically resolved or dismissed or minimized in the next episode. Can we expect the same in next week’s finale as it pertains to that photo? There’s a lot going on in the promo, but Dylan does not figure into it.

← A Tribute to Luther Stricknell, The Real Hero of the 'Mission: Impossible' Series | 'The Mighty Ducks: Game Changers' and 'Big Shot' Carry the Underdog Banner for Disney+ →