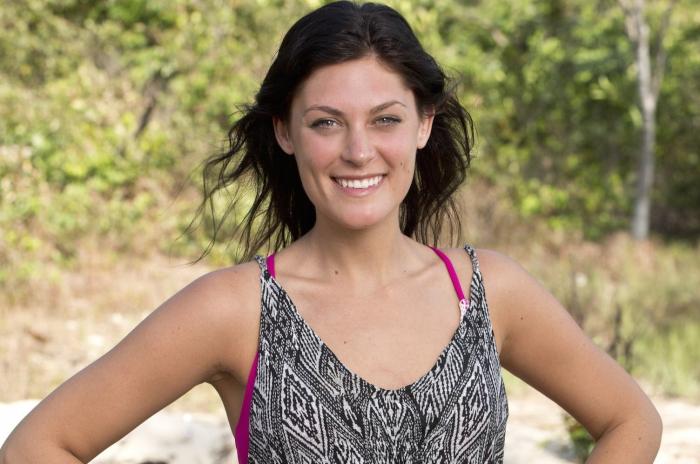 What's Happening on 'Survivor: Winners at War' Is a Travesty

This is how the game has evolved, and this has been my problem with Survivor for the last five seasons or so: It rewards mediocrity. It rewards the Nicks and the Adams and the Micheles of the game. I thought that might change once they pitted 20 winners against each other, but obviously not all winners are the same. One by one, the more mediocre players have banded together to take out the threats, i.e., the more social, the more skilled, the more physical players. Amber, Ethan, Tyson, Rob, Parvati, and Sandra have been taken out.

Meanwhile, Sandra is not even gonna play with Extinction Island, and honestly, I don’t blame her. She’s won twice. She’s sitting on $2 million, and she’s infamous for being one of the least physical players in the history of the game. She has no shot on Extinction Island, either of collecting fire tokens or winning the challenge that might ultimately bring her back into the game. She has no play. She wisely bowed out. Goodbye, Sandra, the first person who has officially been completely eliminated from Winners at War.

As for the episode itself? It was one of those episodes where, honestly, it felt like it was going through the motions, doing a lot of creative editing in order to make it appear as though there was a real decision between Wendell — a formerly well-liked, above-average player who has lost a few points in the likability department this season — and Yul, legitimately one of the best players in the history of the game, a player so dominant in his season that they basically had to change the rules around Idols.

Once the Sele tribe lost the challenge — by seconds! — it was really only a matter of time before Michele and Nick deduced that the best play would be to take out Yul. Yul is a major threat. Wendell is annoying. I mean, there wasn’t much of a decision, but the Survivor editors were hard at work trying to make it appear as though there was. It almost felt like the only person who didn’t know for sure that Yul was going home was Wendell, who looked more relieved that he wasn’t voted off than Yul looked surprised that he was.

It’s disappointing, but — again — it is neither surprising nor bad gameplay. A player who wants to win $2 million would do well to vote off the biggest threats and hang on as long as possible. But what it does mean is that Yul was the last of the “old-timers.” Now, it’s essentially between those players from the 20th to the 30th seasons, and the players between the 30th and 40th seasons. I expect the older players — again, who are typically better (Kim, Sophie, Tony, Denise) to go next, while the Winners at War bottom-dwellers (Adam, Nick, Michele) band together to knock out those threats. From the look of next week’s promo, Sophie may be next, which would make sense since she’s the best player remaining (besides Kim).

One player, however, I might look out for is Ben, who may be playing the perfect game for an All-Star 40th Season: he’s a good physical player, he’s well-liked, he’s great at finding idols, and he’s just goofy enough that no one takes him particularly seriously. That’s the kind of gameplay — intentional or not — that might get him to the end. However, the way that Survivor keeps reminding us that Michele didn’t deserve her victory may be an early tip-off to the final three. If she does win, she’ll be the first player in Survivor history to win twice without deserving either one.

← Why Yes, Bree and Roger are the Most Boring Couple in 'Outlander' | Review: 'Devs' Offers the Best and Worst Instincts of Creator Alex Garland →