What's Going On With Bad Janet In 'The Good Place'?

Welcome! Everything is six months later.

With the final season of The Good Place now at the midpoint, it makes some sense that the show would jump ahead in time after last week’s episode crucially did not end on a cliffhanger that required immediate resolution — after all, the experiment is supposed to last a year.

Through the magic of storytelling (and modest levels of exposition), we rejoin our heroes now halfway through their experiment, and in this Brent-driven episode, we get to see just how much the group has learned, and how much is left to be accomplished.

Not much in the way of hidden jokes this week, although some of what happened (particularly in the “present” with Michael and Bad Janet) will lead us to another round of wild speculation!

But first… some gags!

Hottest Savior of the Week! 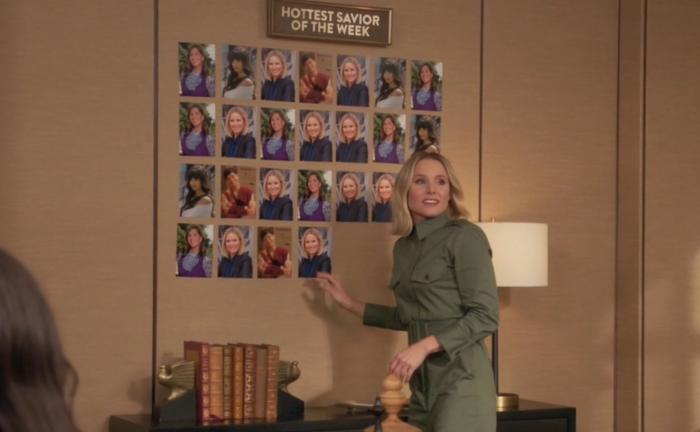 Although it was mentioned elsewhere in the episode, the “Hottest Savior” wall is a nice signifier of the fact that the experiment is now six months in, as they’ve named 25 winners to date.

For those of you counting at home (okay, just for me), here’s the score:

Eleanor: 10
Janet: 7
Tahani: 5 (her fifth picture is behind Eleanor’s head, which you can identify in another shot)
Jason: 3
Michael: 0 (but it’s completely rigged) 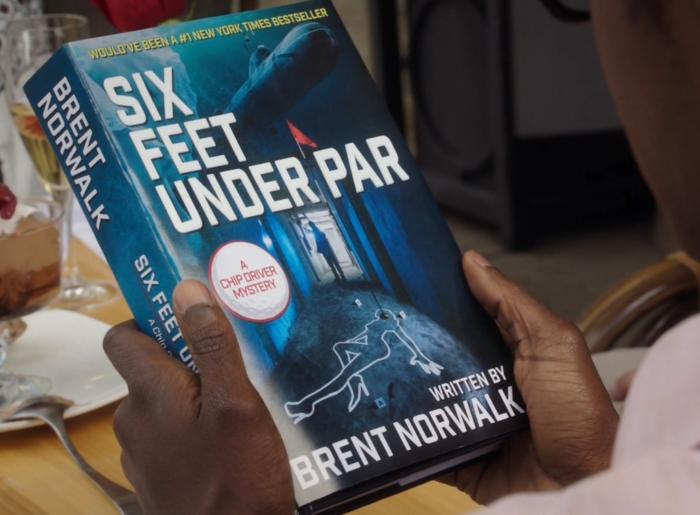 The cover of Brent’s novel is a perfect “airport novel for men” design, complete with terrible wordplay, too many things going on at once, and of course, a submarine.

I especially love the “Would’ve Been a #1 New York Times Bestseller” up top, although a small part of me wishes it said “Would Of”, because you know Brent’s the guy who’d write that.

What’s Going On With Bad Janet? 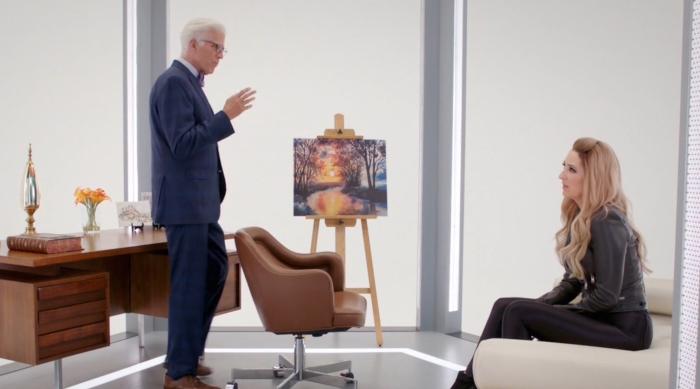 Here we pivot to the speculative portion, as it sure seemed to me like there were a lot of weird things going on with Bad Janet. Let’s dive in:

First off, when Michael uses an analogy that makes more sense to her, Bad Janet actually thanks him in a genuine fashion! That certainly seems… strange.

Second, the point of the story that Michael tells Bad Janet is about choosing to be better today than you were yesterday - and while he frames it as the lesson that he’s learned, and why he still has hope for humanity, it seems pretty clear that he’s trying to nudge Bad Janet the way they’re trying to nudge test subjects.

Finally, look at the way Bad Janet acts when she’s allowed to leave. She takes the book that Michael offers her and doesn’t immediately throw it away (although she does make a joke about books being terrible gifts). 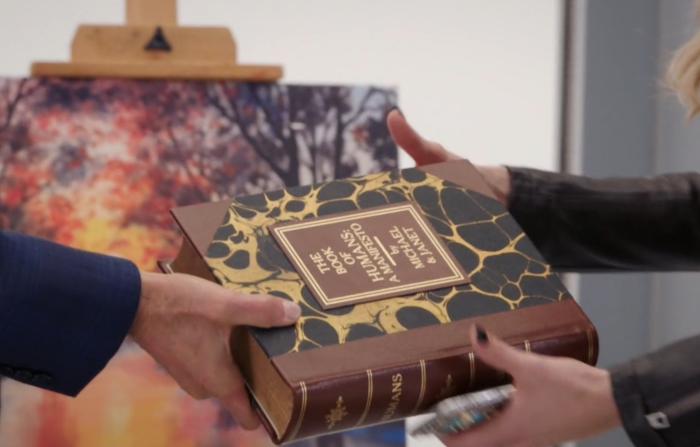 Then, when she leaves, Bad Janet gives a classic last look back at Michael, which certainly could have been fear that he was going to pull one last trick on her, but read to me more like it signified that she has more of an attachment to the light side than she did before she was captured. 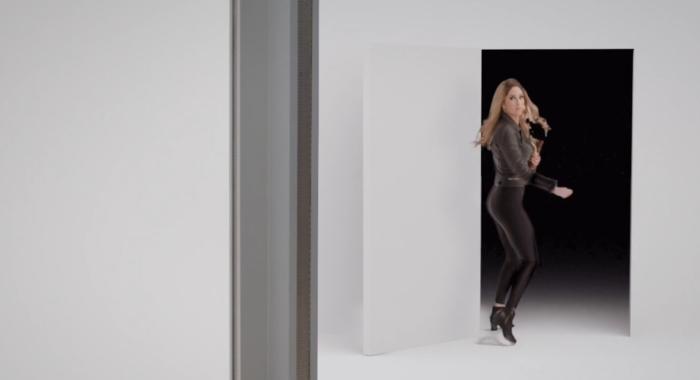 So could Bad Janet end up being a part of the team’s plan? Will she, purposely or not, spread the book of Michael & Janet? I don’t know if that’s the way it’ll play out, but I don’t think Bad Janet’s going to be the same the next time we see her.

What’s The Experiment Really About?

Finally, a fair number of you have speculated that the “experiment” we’re watching is still about our main humans, and not the new test subjects, which, of course, seems totally reasonable. After all, they’re our heroes, it’s a show built on wild twists where things aren’t as presented, and the most legitimate growth we’ve witnessed thus far has been in Tahani and Jason, as they’ve both stepped up, become more selfless, and successfully problem-solved quite a bit this season.

In this episode, we get more evidence of this, as Tahani and Jason immediately jumped into action when Eleanor confessed that she didn’t have any ideas on how to fix their latest problem, keeping her from spiraling the way she has every other time she’s hit a roadblock. In addition to this, when Michael gives Bad Janet the moral of his story, crucially, he’s referring to his three human partners, not Chidi or the other new test subjects. Like the Bad Janet speculation, I don’t know where it’ll end up, but I think those of you who have pushed this theory are on the right track.

That’s it for this week! What do you think about Bad Janet, or the experiment? And most important of all:

Is the “Hottest Savior of the Week!” contest rigged against Michael?