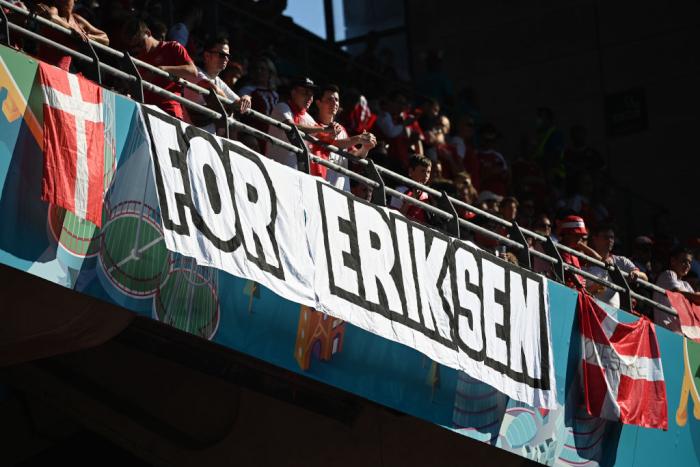 Right now there is a major sporting event called the UEFA European Championship going on. Also known as the “Euro Cup” it’s a competition between all the teams organized under UEFA which is the Union of European Football Associations for the title of continental champion of Europe and it’s played every four years. It was supposed to happen last year but, as with a lot of things that were supposed to happen last year, it was postponed to this summer and started last Friday. On the second day of the competition, Danish player Christian Eriksen suffered a cardiac arrest on the field in a terrifying moment that was witnessed live by millions of people all over the world. Part of what was apparent in the agonizing minutes that he lay prone on the field, was that medics were performing CPR on the midfielder as his teammates stood around him trying to block the cameras.

After Eriksen was taken off the field, the ESPN commentators were forced to talk through the game delay with the possibility that fans had just witnessed a 29-year-old star athlete die in front of them. Meanwhile, people around the world were researching CPR:

That spike corresponds to almost the exact moment that the medical team could be seen working on Eriksen. There’s further evidence that people aren’t just googling CPR but are looking for CPR classes so they can respond in similar emergencies.

Eriksen survived his cardiac arrest thanks to CPR and the use of a defibrillator within minutes of his attack. He’s been in the hospital since then and it’s been announced that he will get an implantable cardioverter-defibrillator to prevent further cardiac arrests. In the ongoing games of the Euro Cup (because of course, it’s still going on after a person literally died during a game, that game actually continued on the SAME DAY with his traumatized teammates forced to play, but that is a whole other matter) other players and fans have displayed messages of support and care for Eriksen as he recovers.

On the other end of the emotional spectrum (that running from “horrified, reluctant voyeurism” to “enjoying small misfortunes to multi-billion dollar soulless corporations”), we have Cristiano Ronaldo dropping the market value of Coca-Cola by billions simply by moving two promotional bottles of Coke that were in front of him at a press conference, lifting his unlabeled bottle of water, and saying “agua.” Of course, since that means the market value went from $242 billion to $238 billion, that represents a slightly less than 1.5% dip. Coke is not suffering. But if European soccer players can convince people to learn CPR and drink water, there’s some net good coming out of the Euro Cup this year.

← Review: 'Werewolves Within' is a Real Awooo-dunnit | The Best Damn Music Video of All Time: 'Jump' by Van Halen →