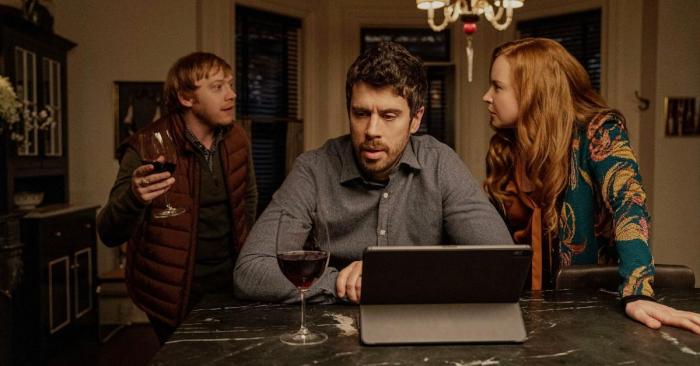 What the Hell is Happening on Apple TV+'s 'Servant'?

We are seven episodes into the third season of M. Night Shyamalan’s Servant, and while the endgame should be coming into focus (Apple TV+ has renewed the series for a fourth and final season), it is still unclear to me what the hell is going on. Granted, the confounding nature of the Servant’s plot hasn’t affected my enjoyment of the series, which can be darkly funny, disturbing, bleak, and often incredibly tense, but I’d like to think I would have a better handle on the show by now.

All the same, I’m going to endeavor to explain my understanding of the series through what I believe to be a pivotal seventh episode of the third season (Spoilers, obviously).

When the series opens, Sean (Toby Kebbell) and Dorothy (Lauren Ambrose) have hired a nanny, Leanne (Nell Tiger Free) to take care of their baby, Jericho, only Jericho is a doll. Dorothy is so traumatized by the death of her child that she believes the doll to be real, and Sean and Dorothy’s brother, Julian (Rupert Grint), agree to allow her to believe this because the truth would be too much for her to accept. We find out in a later episode that Jericho died when an exhausted Dorothy left him in a car during a hot day while Sean was away for work (Sean is a celebrity chef, and his cooking plays a frequent and gruesome role in the series). Dorothy had some sort of psychic break from reality, and Sean and Julian believe that forcing her to confront that reality could be emotionally catastrophic.

A strange thing happens, however, when Leanne arrives: A real-life breathing baby Jericho materializes in the doll’s stead. It’s unclear where the living baby comes from — and whether it’s actually Jericho or another baby — but during the first season, I mostly believed that it was Leanne’s baby and that she used her own child to embed herself into Sean and Dorothy’s family. 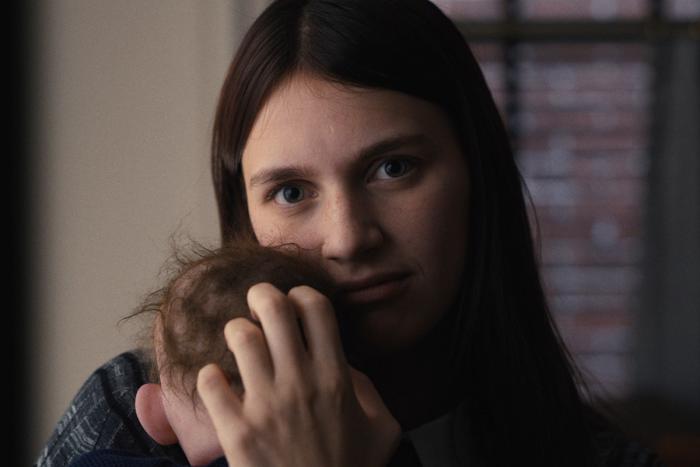 In the second season, Dorothy recognizes the doll for what it is. However, she believes that Leanne kidnapped Jericho and returned to the cult. This turns out not to be the case, either, because when they finally retrieve Leanne, she doesn’t have Jericho. However, one of the cult leaders agrees to exchange Jericho for Leanne. The exchange, however, is interrupted when the cult’s fixer, Aunt Josephine, arrives and threatens to murder and mutilate Leanne. Before she can do so, Dorothy hits Josephine in the head with a shovel, and unbeknownst to Sean and Dorothy, Leanne murders Josephine and stashes her burned corpse behind the wall in her bedroom. Soon after the death of Josephine, baby Jericho mysteriously reappears. No explanation is ever provided.

Enter season three: Now it is Leanne who is traumatized by her experiences with the cult. She suffers from agoraphobia and doesn’t want to leave the house, while Dorothy is ready to take Jericho out to the beach, hang out with other parents, and otherwise reenter society. This doesn’t sit well with Leanne, who is paranoid and believes that everyone who enters their house is a possible cult member. They are not, but a homeless encampment set up outside their home does appear to be defectors from Leanne’s cult. Initially, she is afraid of them, but after they pin her against a tree and assault her, a bizarre shift occurs. Leanne is now the leader of the defectors, who worship Leanne. Leanne appreciates and feeds on the attention.

She likes it so much that she takes Jericho to the homeless encampment against Dorothy’s wishes. The cult’s defectors appear to revere not only Leanne but Jericho. Dorothy is so enraged by this that she arranges to send Leanne away to a dance school for two months. Leanne begrudgingly agrees to leave. Sean and Julian think this is a terrible idea in part because Julian may be in love with Leanne, but also they fear what will happen to Dorothy and Jericho if Leanne leaves. By this point, Leanne doesn’t remember that Jericho died, but she does recognize that she has gaps in her memory.

Here’s where this week’s episode gets specifically intriguing: When Leanne leaves the house, ostensibly to go to the train station, the Jericho doll replaces the Jericho baby. While Leanne sits outside the house on the stoop in the rain, Sean, Dorothy, and Julian (and Julian’s on-again-off-again girlfriend from rehab) frantically search the house for Jericho, whose cries can be heard. They can’t find her anywhere, but then, when Leanne reenters the house and Dorothy demands to know where Jericho is, Leanne says, “He’s upstairs in his crib. He’s been there the entire time.” Dorothy runs up to Jericho’s bedroom and finds Jericho safe and sound. Sean makes an executive decision and tells Leanne that she can stay for as long as she likes.

I watched the most recent episode twice, because the first time I watched, I thought that maybe Sean, Julian, and Leanne conspired to gaslight Dorothy into believing that Jericho was missing as a rouse to justify keeping Leanne. On the second watch, however, it’s clear that neither Sean nor Julian had any role in the disappearance of Jericho. Leanne acted alone.

So, what’s going on? Is Leanne a witch? Is there some dark magic going on here? Is the baby the ghost of Jericho? Is it a different baby, or the same baby resurrected? What is the end game? Are all four seasons of Servant designed as an experiment to help Dorothy come to grips with the loss of her baby? Is this all some sort of feverish grief dream? Is Leanne using the same witchery to entrap Julian into a relationship with her?

Where was I wrong? What am I missing? What is going on?


← 'Pam & Tommy' and How the Patriarchal Justice System Fails Victims of Sex Crimes | 5 Shows After Dark: 'The Thing About Pam' Premiere NBC, 'Undercurrent: The Disappearance of Kim Wall' on HBO →