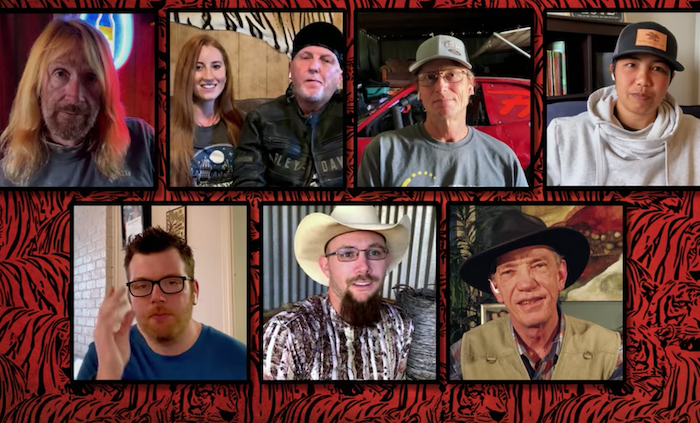 What New Information Did the 'Tiger King and I' Offer up?

Friends, if you haven’t already seen it, Netflix released a new episode of Tiger King, called The Tiger King and I which, I’m just gonna come out and say it—was totally unnecessary. I say this as someone who loves nothing more than to waste an hours’ worth of braincells on trash. This wasn’t worth it, and that pains me to tell you.

Hosted by Joel McHale, remotely, who spoke to Saff, John Reinke, Jeff and Lauren Lowe, Erik Cowie, Rick Kirkham, Joshua Dial, and Joe’s ex John Finlay— no one said anything new or interesting. McHale also clearly doesn’t revel in trash the way other celebrities do (I have eternal love for Jerry O’Connell and his enthusiastic embrace of all things Bravo, and frankly he would have been a much better host for this show) and asked nothing interesting. No one got pressed on the bulls*it they were up to in the doc, and it was basically a mild touch base akin to running into an old coworker while you’re out an about, perfunctory and completely devoid of any real interest in both the questions and answers.

The one interesting question that was asked was whether or not Joe Exotic belonged in jail—everyone but Saff enthusiastically agreed that Joe is a POS (shocking, I know) and is right where he belongs. Saff skirted the issue a bit by saying that he didn’t think Joe deserved to die in jail, but it’s clear from his response that even to Saff, Joe was guilty. The punishment just didn’t fit the crime. (Narrator’s voice: it most definitely did.)

I don’t blame Netflix for trying to further squeeze blood from a stone. Hell, how many damn Tiger King posts has yours truly written in the past few weeks? It’s a life raft in these weird, uncertain times, but friends…it’s probably over for now. Until someone goes to jail (and I’m fairly sure a lot of people associated with that doc run a high probability of that fate) there’s not much else to mine, here. Now, I could be wrong (and I hope I am) but I think we’re going to have to get a new, collective national obsession. I know, I’m bummed out about it, too. How often does this country finally stoop to my level as far as trash TV goes? Rarely, I’ll tell you that.

This might be my last Tiger King post for a bit (at least for today) so I’ll just sign off with this—hey all you cool cats and kittens, it’s been swell but the swelling’s gone down. We’ll meet again, though. When the inevitable fictional story of Tiger King makes it to the screen. Until then, just remember…