What Is Up with the Terrifying Art, Mantzoukas?

Jason Mantzoukas, the last decade’s best bit player, appeared on Late Night with Seth Meyers last night, although he has inexplicably never appeared on the Pajiba 10 (why?). He was there to promote another animated project in which he plays a version of himself — or what he calls a “shirtless crazy person” — but the real topic of conversation was the paintings in Mantzoukas’ house behind him.

Those “are the people I spend my time with,” Mantzoukas said, which may explain why he’s often depicted as a “shirtless crazy person.” Mantzoukas then commenced spending the last half of the segment discussing the art in his house, which does not all come in the form of a painting. There’s also the trophy he has had for the last 20 years, and I won’t dare ruin the inscription for you.

I will, however, spoil Mantzoukas’ pandemic mask. 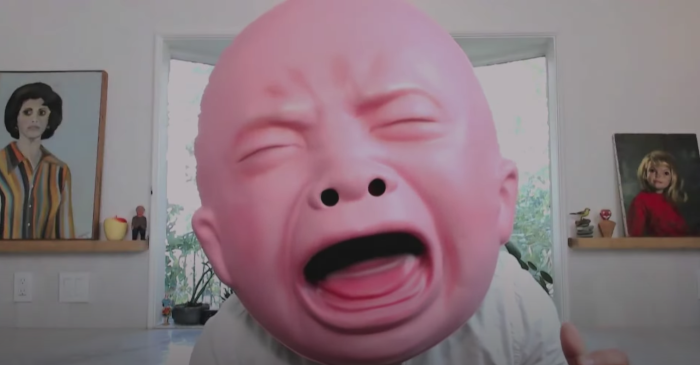 Don’t let the insane beard fool you, however. Mantzoukas is famously not on social media, and having spent the last year cooped up in his house without it, he may be the only sane person remaining among us. Here he is with his Art Beat:


← The One Thing Democrats and Republicans Always Agree On | It's Time To Get Excited For 'M.O.D.O.K.' →