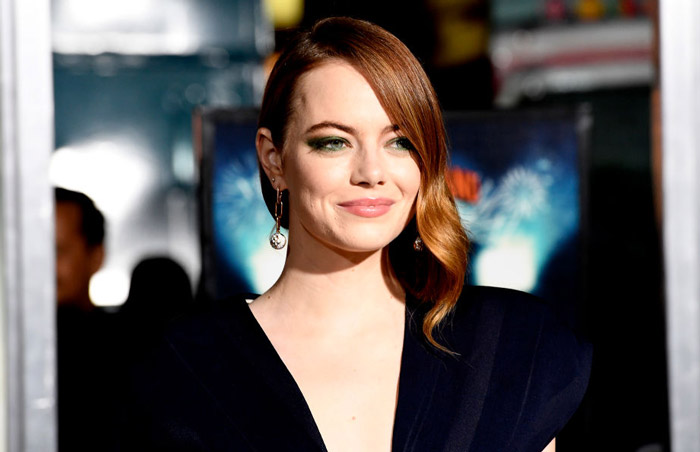 What Does Emma Stone Think She's Doing On 'The Great British Bake Off'?

The Great British Bake Off is back with a new season on Netflix. And yes, TECHNICALLY in America it’s titled The Great British Baking Show, but true fans know what’s up. And as a true fan, I want to know what’s up with Emma Stone. Because if she thinks she can just slide into a smirky British character on Season 11/Collection 8 without us noticing, how very dare she!

Now that no simp September is over, here are some pictures of Lottie to simp over. #GBBO pic.twitter.com/1kY2ZU4CNh

Lottie is a home-baker with a smirk that is winning her a slew of fans online. She’s got a self-deprecating sense of humor that makes her a perfect scene-partner to co-host Noel Fielding, as the two have a shared sweet-yet-salty attitude.

For instance, witness as Lottie’s tough exterior melts into exasperated joy when she earns the coveted Paul Hollywood handshake.

It’s happened! Lottie’s only gone and got the Hollywood Handshake! 🤝#GBBO pic.twitter.com/loNeM59P6G

She has Stone’s Easy A-styled sarcasm, The Rocker eyeliner, an English accent clearly pulled from making The Favourite, and a rough-and-tumble fashion sense that aims to make this gorgeous moviestar seem like one of the public, the kind who giddily strides into the tent to bake and fret while being utterly adorable.

Look, you put on a nose-ring and chicly muss your long locks all you like, Emma, but I am onto you.

Some might not be convinced that Lottie is in fact Emma Stone. Some might want proof beyond WHAT THEIR EYES CAN CLEARLY SEE. Fine. You want proof? How about that both “Lottie” and Stone share not only the same sense of snarky-girl-next-store charm but also they are both 31.

Some might argue Lottie doesn’t look EXACTLY like Stone. To which I would say, 1) the pandemic has given several stars new looks, and 2) she is an ACTRESS - changing her look is part of her craft. WHY MUST YOU DISRESPECT ACADEMY AWARD WINNER EMMA STONE!?

Lastly, behold the description of Lottie’s life in episode one: “Lottie lives in Little Hampton and unwinds from her job as a pantomime producer by listening to Viking metal whilst baking and doing yoga with her friend Naomi.” 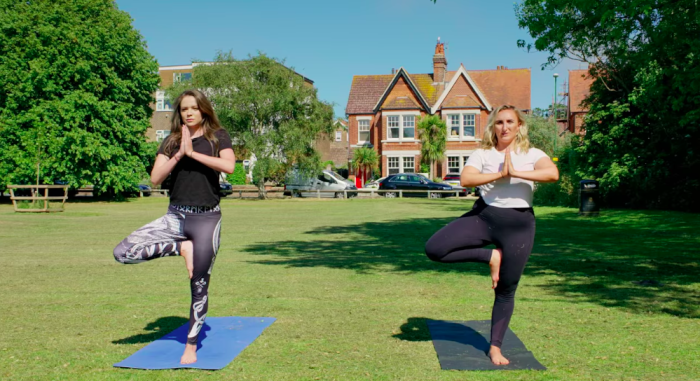 First off, WHAT IS THAT SENTENCE! Like, I have had my suspicions that Great British Bake Off has been toying with us this year, in that half of the cast is an “accountant.” Clearly, they’re pulling from the TikTok jam to cover for jobs that are too tricky or unusual to describe to the GBBO public. This man in a beekeeper uniform: an accountant? This lovely lady who’s bringing French patisserie to the tent? Also an accountant. This twink who can’t stop grinning? Training to be an accountant. So, sure, this stunner doing yoga, and listening to Viking metal while producing pantomime—which might be the most British word ever—totally exists in real life. She is not a quirky heroine made up by GBBO writers and Academy Award-winner Emma Stone to win our hearts, rile our lions, and make us feel something beyond the ravenous numbness of the impending election and worldwide pandemic. Sure!

To be clear, I’m not complaining. Lottie had me swooning from this insane introduction that was paired with an ambitious
Battenberg, which is French (probably) for “very complicated cake DO NOT ATTEMPT.” Admittedly, I watch Great British Bake Off for the whimsy, the winking sexual innuendos, the warmth between bakers who are in competition, supposedly, yet act like this is just a lark between spots of tea and (insert here some DEEPLY British pastry word I still can’t wrap my brain around). I watch this show for the occasional disaster, like when Sura accidentally knocked over Dave’s treats RIGHT before he set them down on the table! I watch it because it’s nice to feel a smug superiority over those portrait cakes, even though baking is basically alchemy to me (magic I cannot be expected to accomplish). I watch it because this show is a balm, reveling in the dynamic characters in the kitchen as much as the dazzling breads, cakes, and “biscuits” they put before the judges.

I just wish Emma Stone would fess up, because Lottie—full of verve, vulnerability, and a salty ribbon of snark and smirks—is her best performance yet.

← Review: 'Yellow Rose' is a Beautifully Nuanced Portrait of the Undocumented Experience | 7 Questions We Have After the Second Season Finale of 'The Boys' →