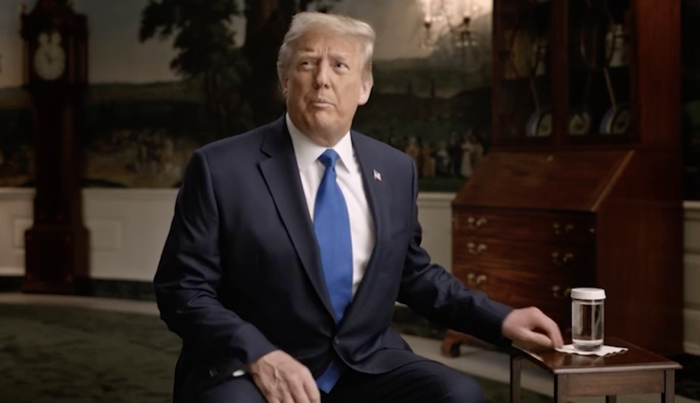 Watch the Trailer for 'Unprecedented,' the Trump Documentary Subpoenaed by the Jan. 6th Committee

British filmmaker Alex Holder was given an unusual level of access into the Trump White House in order to film a documentary about the Trump family during his Presidency, a documentary that ended up being as much about the insurrection on January 6th as it was about the Trumps. The House Committee investigating the insurrection has since subpoenaed Alex Holder in regard to footage and interviews he and his team have shot for the three-part docuseries, which will air on Discovery+ this summer.

Here’s the trailer, courtesy of Politico:

I’ve read a few interviews of Holder, and while he says that — in the documentary — you can see a straight line from the actions of the Trump family to January 6th, he concedes that the documentary itself is unlikely to change many minds. People have already picked a side, and the footage from the docuseries will only reinforce those positions. He cited, for example, Trump’s obsession about a glass of water being in the shot, as seen in the trailer. Those opposed to Trump, he said, will see it as evidence of an image-obsessed narcissist. However, Trump supporters will see the same sequence as evidence of a very detail-oriented President.

The fact that the Trump family is as image-obsessed as it is comes as no surprise. What is surprising, at least to me, is that a family so obsessed with their image has so little concern for how their policies shape that image. They care more about what people might think of a glass of water in the shot than about the well-being of those people.

← Hulu's 'The Princess' Delivers Its Promise of Graphic But Kid-Friendly Violence | 'Westworld' Season 4, Episode 2: Cal Has to Be a Robot Now, Right? →