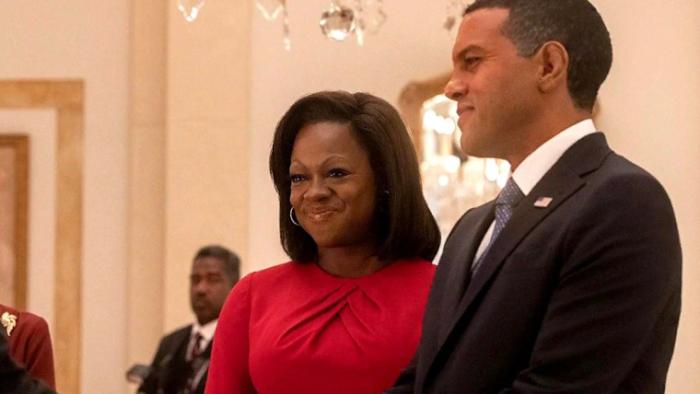 Watch the Trailer for Showtime's 'First Lady': How Is This Going to Work?

I like the cast for Showtimes’ forthcoming anthology series — Gillian Anderson, Viola Davis, Michelle Pfeiffer, Aaron Eckhart, Keifer Sutherland, Dakota Fanning, Judy Greer, among others — but I don’t know how well it’s going to work. The first season of the series follows three first ladies — Michelle Obama (Davis), Eleanor Roosevelt (Anderson), and Betty Ford (Pfieffer), and will explore their time in the White House “through interweaving storylines” tracing “the personal and political lives” of its main characters.

I’m assuming that each episode will at least have a thematic throughline, like This Is Us, through what I can only assume are vastly different stories. It comes from Aaron Cooper — the onetime head of development for Joel Schumacher, but who otherwise doesn’t have much of a television resume (he has written a book). The script must have been decent to land this cast, however, and I guess if The Crown can work for Netflix, this can work for Showtime?

I remain skeptical, notwithstanding what look like terrific performances. Here’s the trailer:

The First Lady will premiere on Showtime on April 17th.


← Colbert Helps Eminem Fire Back At Rudy Giuliani | 'And Just Like That...' Never Got Much Better, But Got Much More Interesting →