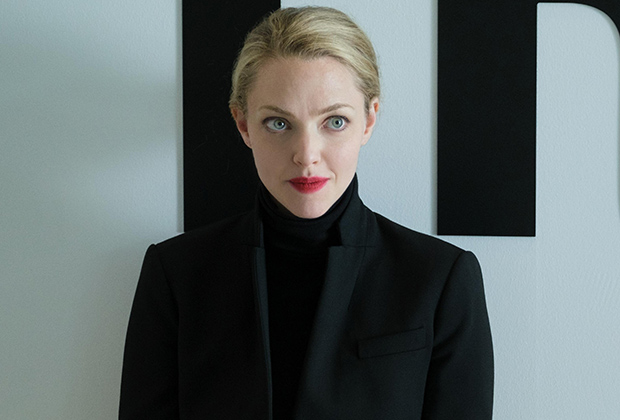 Watch the Trailer for Hulu's 'The Dropout,' Starring Amanda Seyfried

Of the tech start-up flame-out series on the agenda, including Showtime’s series on Uber founder Travis Kalanick (Joseph Gordon-Levitt), and Apple TV+’s WeCrashed centered on Adam and Rebekah Neumann (Jared Leto and Anne Hathaway) — I think it’s probably Hulu’s Dropout that is the most anticipated. This one used to star Kate McKinnon, who dropped out for undisclosed reasons, but now features Amanda Seyfriend in the role of Theranos’ founder Elizabeth Holmes.

It’s a bananas story. If you haven’t read the book, watched the documentary, or followed her trial, basically Holmes promised to make a device that could detect a lot of different health-related things about a person from a single drop of blood. It didn’t work, but Holmes put in a lot of effort to hide the fact that it didn’t work while she continued to collect hundreds of millions in investments until it all came crashing down.

Also, she affects a weirdly deep voice, there’s a sexual relationship with an older man (Naveen Andrews as Sunny Bulwani), and also William H. Macy looks absolutely terrifying as Richard Fuisz! My only qualm is that Seyfried is more expressive in the trailer than I’ve ever seen of the real-life Holmes.

The first three episodes of The Dropout will hit Hulu on March 3rd.


← Why Doesn't NBC Want Leslie Jones to Recap the Olympics? | How Many Credible Accusations Must Chris Brown Accumulate for Music Stars to Stop Collaborating With Him? →