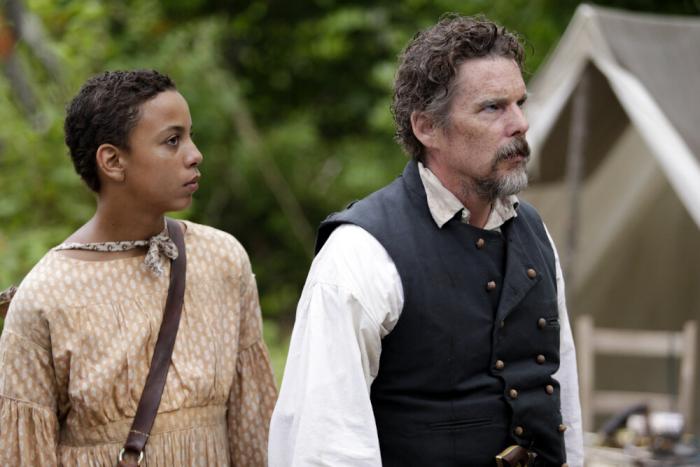 I studied history and journalism in college, so I’d like to think that I’d be well suited to write about Good Lord Bird. Unfortunately, John Brown and the Harper’s Ferry raid didn’t make it onto a lot of syllabi in the South, where even in an academic setting, the Confederacy was often romanticized. It was a mere footnote in my studies instead of its reality as one of the seeds of the Civil War.

Showtime’s Good Lord Bird, adapted from James McBride’s National Book Award-winning novel, tells the story of John Brown, an abolitionist played by Ethan Hawke who was not above using barbaric violence to eradicate slavery. In the Pottawatomie Massacre of 1856, he killed 5 men in Kansas in an effort to strike fear into proslavers. Five years later, he orchestrated the Harper’s Ferry Raid, an unsuccessful rebellion designed to overthrow the pro-slave governments of Maryland and Virginia. Thirteen men died in that raid, and John Brown was hanged. Brown — who had the backing of Frederick Douglass (Daveed Diggs) and Harriet Tubman (Zainab Jah) — had hoped to spark a revolt that would lead to the Civil War. It worked. Harper’s Ferry was one of the embers that caught.

It’s a fascinating story, and Hawke brings it alive with the performance of his career, playing a character who is essentially the “sweaty-toothed mad man” that Ethan Hawke describes in Dead Poets Society (Jen Chaney’s interview with Hawke on that subject over on Vulture is an absolute must-read, if only for the eerie comparisons between that scene in Dead Poets and John Brown here). The story is told from the perspective of a fictional enslaved Black boy pretending to be a girl named Onion (played marvelously by Joshua Caleb Johnson), allowing McBride to give a story otherwise fairly well-grounded in history some fantastical elements and bring to the series some levity that often borders on farce.

I’m not the person to write in-depth on The Good Lord Bird (Hillary Kelly does a remarkable job of that), except to say that it’s probably not the show you might think it is. It is a history lesson, but not in the way you might think. It is not brutal or bleak or hard to watch — it’s more akin to Hamilton, without the music. It’s fun, but never minimizes the subject material. There are some absurd elements, and some dramatic liberties are taken, but it gets to the essence of the truth — John Brown was a lunatic madman and a megalomaniac not unlike the current occupant of the White House, but also — as Hawke notes — Brown just happened to be on the right side of history. It’s a good weekend binge, maybe even over Thanksgiving, since it’s also a fantastic Western that doesn’t ignore slavery and Native Americans as so many Westerns do. You’ll get a lot out of it, and come away with a deeper understanding and appreciation for the abolitionist movement at the same time.

Also, this is unrelated to the content of the series itself, but Ellar Coltrane — who played Ethan Hawke’s son in Boyhood — is also in this. They play his son here, and the fact that Hawke and Coltrane are still working together after all those years together on Linklater’s film makes me really happy. Here’s Hawke on working with Coltraine again, from Rolling Stone:

I think that good cinema has a subconscious, and I thought it would be cool that we played a famous father and son. They are another deeply ethical person that I know. I knew they would love being in this world and being around these abolitionist characters, and that they would really thrive in that setting. And I like being near them. 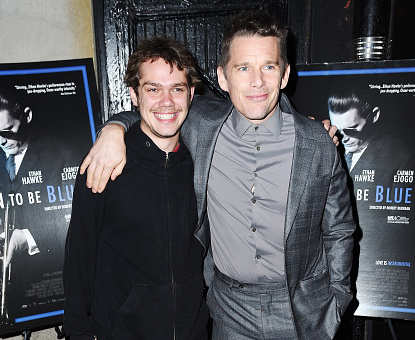 ← Irish Lad Gets Locked Out Of His Car By His Dog | 5 Shows After Dark: 'His Dark Materials' Season 2 Premiere HBO, 'Bull' Fifth Season Premiere CBS →