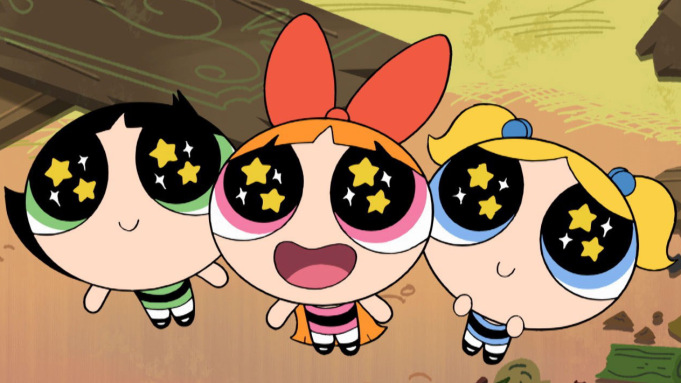 Made of sugar, spice, everything nice and a healthy dose of Chemical X, the Powerpuff Girls were a force for good and gleeful action. But hey, what if they were jaded twentysomethings who resented losing their childhood to defending the people of Townsville? That’s the premise of the upcoming live-action series created by Diablo Cody (Juno, United States of Tara) and Heather Regnier (Veronica Mars). Based on the Craig McCracken cartoon, the show will follow the grown Girls, who are forced to reunite to save the day…or many days. This is a series after all.

Little else is known about the in-the-works series, besides it will be produced by Greg Berlanti, the EP behind a slew of superhero shows including Stargirl, Doom Patrol, DC’s Legends of Tomorrow, Batwoman, Supergirl, The Flash, Black Lightning, and Arrow.

Still, this is enough to spark reactions among Powerpuff Girls on Twitter. Here’s a taste.

A live-action Powerpuff Girls movie when they’re in their 20’s? pic.twitter.com/cNj147gbjd

Man, I had a scary thought. What if Zack Snyder was in charge of this CW PowerPuff Girls show. pic.twitter.com/8rF3eAj9YV

Seeing all these new Powerpuff Girls reboots come out made me think about this ending to an episode where they meet a guy that manufactures knock-off Powerpuff Girls Just for money. You can make millions of reboots as you want but if there is no love put into it its going to suck pic.twitter.com/z6fv3Rl7o9

Can we just do something original, for once!?

Why do we have to turn our childhood memories, into dystopian nightmares?

Last time i checked, the Powerpuff Girls, were specifically created to be trigger happy crime fighters & to clap back at political correctness, in the 90's! https://t.co/3MR2dgQFGS

The general response to that live-action Powerpuff Girls rumor: pic.twitter.com/BtV93FpvDN

Live Action Powerpuff GIrls by Diablo Cody…. I actually want this. PPG 2016 was too uncanny similar but not similar enough to the old show to stand on it's own. This is so different that I'm up for this.

My friend had an interesting take on this PowerPuff Girls show that I think it wouldn’t hurt to consider when discussing this show. Basically this show could be cathartic to those who grew up watching the show but felt robbed of their childhoods when they had to grow up too fast.

I heard about the news and wanted to do my own take on older powerpuff girls. I like to think that during this timeline they're the same age as college students. So somewhere in their early 20's. pic.twitter.com/QyCfyAyAeJ

anyonem who doesnt want an edgy dark rework of the powerpuff girls by the CW has clearly never seen Riverdale, the most important art production of the 21st century

everyone’s talking about what Mojo Jojo is gonna look like in the Powerpuff Girls live action but I’m waiting to see my favorite bad bitch pic.twitter.com/ZCyVPkBuNM

Buttercup in the gritty live-action reboot of The Powerpuff Girls pic.twitter.com/99DS494wxK

I just imagine the CW Powerpuff Girls show would basically be like this: pic.twitter.com/l2qkAAJ1kU

What do you think of this proposed Powerpuff Girls show?

← Why is Twitter Dunking on Dean Cain Today? (It's Because of Frank Whaley and Jon Voight) | Can You See 'Tenet' At The Drive-Ins? →