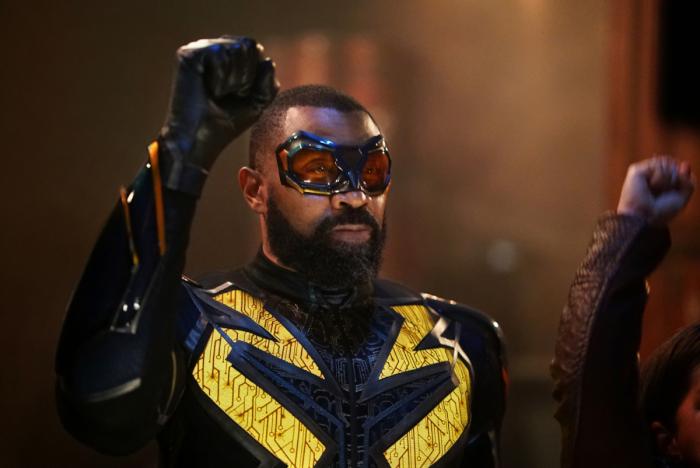 Horror is coming to Hawkins, Indiana. Freddy Krueger actor Robert Englund has officially joined the cast of Stranger Things Season 4 as recurring character Victor Creel, a man who was previously imprisoned for murder (who is shocked by this character description for Englund though?). In addition, seven other actors have joined the new season of Netflix’s megahit series, including Jamie Campbell Bower, Eduardo Franco, and Joseph Quinn (all of whom will be series regulars). Meanwhile, Tom Wlaschiha, Sherman Augustus, Mason Dye, and Nikola Djuricko have been cast in recurring roles. Throw in the returning cast and there’s a lot going on here.

The CW is canceling Black Lightning and the series will say goodbye after its fourth season, which will begin airing in February. Black Lightning is the first Black-led live-action superhero show on the network (and on TV in general) and the fact that it’s getting the ax after the rest of the Arrowverse got 5+ seasons is ridiculous. Yes, we may get a spinoff about Jordan Calloway’s Painkiller, but I’m not sure I care all that much about that right now. Cress Williams as Jefferson Pierce is perfect (as is the rest of the cast) and I’m pretty shocked and salty about the show’s getting cut this soon.

Netflix’s You is also growing its cast. In addition to Scott Speedman, You is bringing in several new characters: Michaela McManus as the center of Joe’s attention, Dylan Arnold as a nosy college student, Tati Gabrielle as a perceptive librarian, Ben Mehl as another librarian (guess Joe will spend a lot of his time there, no surprise considering his penchant for books), Shannon Chan-Kent as Kiki, Sherry’s (Shalita Grant) mean-girl BFF, Christopher Sean as Kiki’s husband, Chris O’Shea and Bryan Safi as stay-at-home dads, Mackenzie Astin, Ayelet Zurer, and Jack Fisher as wee Joe. Whew, that is a ginormous cast. Who do you think Joe will kill next? More importantly, will someone finally try and kill Joe? The suspense!

← A Fake Interview with the Creator of 'A Million Little Things' About This Week's Season Premiere | Break Out Your BIM Marks, 'The Apple' Is Turning 40! →