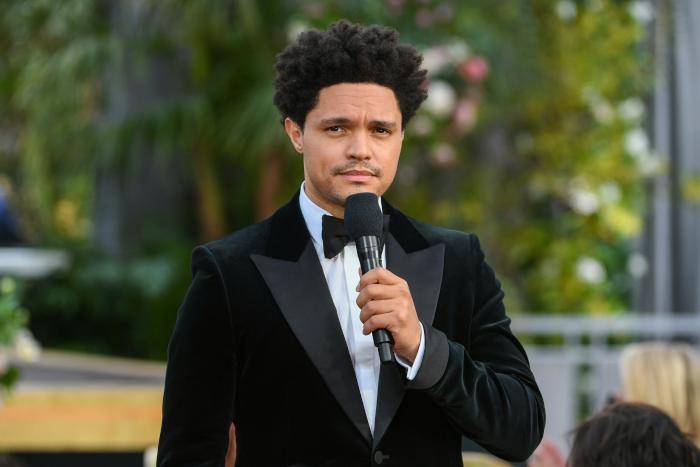 “Just a few bad apples.” You’ve likely heard the argument before in regard to police brutality. This idea that we aren’t seeing the whole picture. That, while there are some “bad apples” in America’s police system, the “good apples” are more important. They’ll stop the “bad apples.” However, time and time again, that is not the case. Now, in a video posted on Twitter, Trevor Noah has tackled this very myth.

I don’t use “myth” lightly. At the end of the day, we are witness to far more examples of “good apples” doing nothing. In fact, we’re more likely to see decent cops get punished for holding their colleagues accountable. Just ask Cariol Horne who, in 2006, tried to stop another officer from using a chokehold on a hand-cuffed prisoner. Horne wasn’t lauded for her decency. She was fired and only recently given her pension and benefits that she deserved.

It’s exhausting and that exhaustion shows on Noah in this video. It’s candid. It’s raw. With expert precision, it dismantles several bad faith arguments that are often used in these situations. There are no jokes here. Just a man, speaking from the heart.

Trevor Noah’s ability to speak to tragedy like this is unparalleled. My only hope is that one day he won’t have to.

← Anupam Kher, Who Plays Dr. Vijay Kapoor, Is Not Returning to 'New Amsterdam' | Though It's Not a Competition, Steve-O Has Just Won 'Hot Ones' →