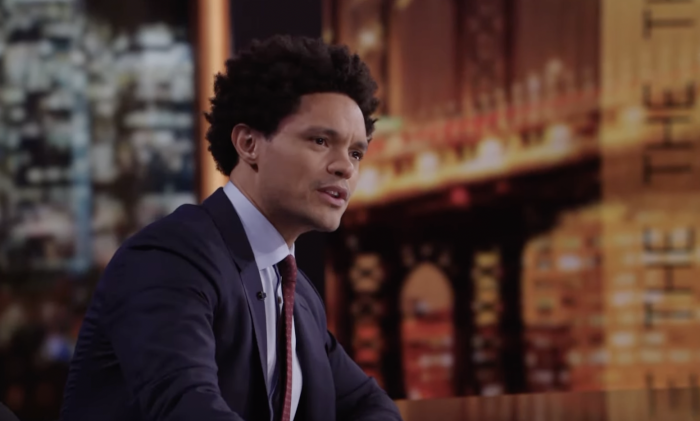 Trevor Noah Ruminates on His Next Moves After 'The Daily Show'

Trevor Noah announced last week that he will be leaving The Daily Show. Not only was it a surprise to fans but to The Daily Show staff and even Paramount executives, most of whom learned of Noah’s departure at the same time as everyone else.

There’s still no official date for his exit, and last night, he suggested he wanted to avoid an “Irish goodbye,” in which he up and leaves. There will be a process. He will help the show transition to the next host. Contrary to some earlier suggestions, The Daily Show will continue (and apparently not on Paramount+, the streaming service — it will remain on Comedy Central for now). According to Variety, among those being considered as Noah’s replacement are Roy Wood, Jr. and Jordan Klepper (I will only say that taking Klepper out of the field would be a disservice to America).

As for Noah himself? In a “Between the Scenes” segment, he talks about the “huge process” of leaving, and what his next moves are. He wants to travel, he wants to spend more time back in South Africa, and post-pandemic, he wants to do those things that he missed for the two years of the pandemic.

What I’ll miss most about Noah are these “Between the Scenes” segments, because he is such a thoughtful and insightful extemporaneous speaker. It’s what he does best and The Daily Show is not always the best outlet for that. I look forward to his stand-up specials.


← Elon Musk Is Buying Twitter for Real This Time (Or Not!) | Velma Comes Out →