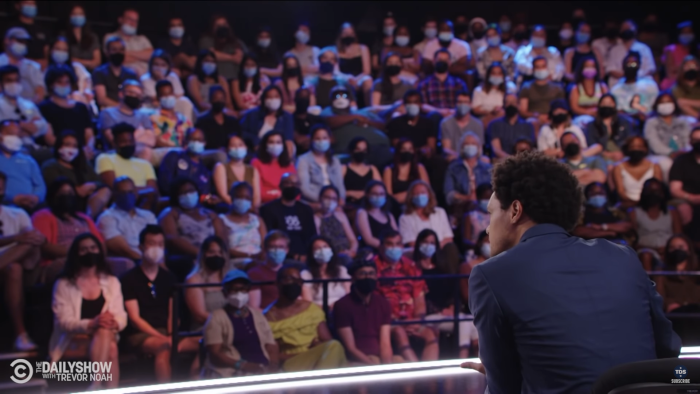 Gun control conversations in America tend to feel like a bad Abbot & Costello bit. Bad because one side does not want to be in the bit, but the other side needs it to keep from accomplishing anything meaningful. We go around and around, another shooting happens, and we go back, Jack, do it again. It’s downright exhausting and to people who aren’t from here, it feels strange. Just ask Trevor Noah.

In a recent Between the Scenes segment for The Daily Show, where Noah talks directly to the audience, he tackled the conversations around gun control. He launches into a passionate assessment of America’s lack of action. How we paint ourselves as a country that can do anything, yet when it comes to guns we do nothing. Suddenly, America’s “can do” attitude is just not enough.

One of the worst things that he touches on is that most people do want sensible gun laws. Just last week I was talking to a co-worker at another job who had been anxious about visiting her right-wing brother. However, when she got there, she found they agreed on most basic things, including guns, which her brother had locked in a gun safe when they were not being used or cleaned. You know, sensible, common sense things.

There is a small, vocal, evil subset of people who want to keep our country inactive. They push bullshit talking points to fire up the most easily swayed in their base. It works. It works like an absolute charm. It makes others look at us the way Trevor Noah does: with confusion, with exhaustion, with sadness, time and time again.