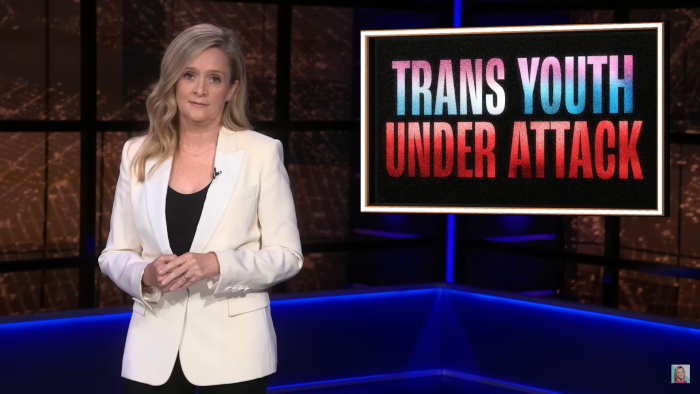 Part of the GOP playbook is to blame other people for ruining the country while they vote against any measure that could help it. Sometimes, to keep their culture wars going, they have to introduce legislation targeting their faux enemies. While their accusations against certain groups can be fake, the tactics Republicans use are very real. Their recent attacks against Transgender Youth are just the latest in right-wing awfulness, and Samantha Bee has a lot to say about it.

In a new segment on Full Frontal with Samantha Bee, the host outlined how Republicans are ramping up attacks against the trans community. States are passing bills that make administering gender-affirming care a federal crime. They are investigating parents who support their trans children. They want the genitalia of student-athletes to be examined by adults if the student is suspected of not being the gender they claim. It’s f***ing evil lunacy.

Gender-affirming care saves lives. All of these attacks on it are going to affect a plethora of trans children who are scared enough as it is. Comedians are lauded as bastions of free speech for punching down at this embattled community. Now, the government is getting in on the abuse. How can people in the trans community feel safe? They need love and support, not mockery and laws that are written in an attempt to erase them.