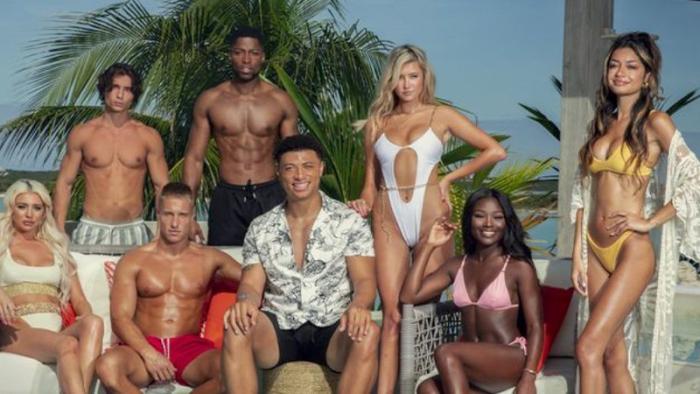 'Too Hot to Handle' Is the Worst Show I've Ever Seen, and I Watched 'Manifest'

Remember when Netflix used to curate its content to appeal to a certain demographic with an IQ above 90? Too Hot to Handle is the streamer’s way of saying, “F**k that. We have conceded brand purity to HBO Max and Apple TV+. Here are some painfully aroused twenty-something shirtless men and bikini-clad women. Watch them try not to bang.”

The idea behind the series, at least, is that by banning the ten contestants from having sex, they will form stronger emotional bonds. The reality, however, is that the contestants are basically left to mentally assess how much money they are willing to sacrifice to rid themselves of a case of blue balls.

It is horrible television. I don’t mean because it’s cheap and morally bankrupt (although, that too). I mean: It’s tedious and boring and the contestants are insipid, empty-headed dimwits who are about as deep as a rain puddle during a three-week drought. Good god, they are awful human beings, and listening to them talk is like being the one guy at a party who chooses not to get high. I watched two excruciating episodes and not one person spoke a single worthwhile word. The entire show consists of 10 people licking their lips and breathlessly talking about which one of the other contestants they want to f**k.

The stakes, likewise, are meaningless. I’m not discounting the value of $100,000 split 10 ways, but it’s also clear that the lawyers, models, professional football players, and male strippers among them probably spend that much on their gym memberships. Ten thousand dollars apiece is probably less than what some of them receive monthly from their parents’ trust fund. As each rule break diminishes the amount of money in the pot, there’s actually less incentive to refrain from fornicating the longer the show goes on. In fact, within the first day of this season, three rule breaks (7 incidences of making out) results in a $21,000 deduction. Hell, the total pot split among 10 people last season was $75,000 (or $7,500 apiece). By the tenth episode, the only thing stopping them from f**king each other’s brains out will be a sticky $5 bill someone left on the bathroom floor.

Look: Maybe there are wrinkles where additional money is added or other incentives are layered in. There has already been one rule modification this season in which the contestants learn that the money will not be split evenly, and instead will be rewarded more to those who behave better. Even still: We’re not talking about a life-changing amount of money for incredibly attractive, very fit twenty-somethings in a country where incredibly attractive, fit people already have advantages over everyone else (in spite of the clear lack of intelligence among this crew).

I made it two episodes in. That’s all I can ever imagine watching. I have never cared less about a group of people in my life. They’re not interesting, or even interestingly attractive (except for the French guy, I mean. Come on. I’m only human). I don’t care who wins, how much money is remaining, or if they all give each other painful STDs. And the attempts by each of the players to make others jealous? My god! Who cares? They’ve only known each other for literal hours. How does jealously and betrayal even figure in this quickly? And emotional connection?! Give me a break. The more these people speak, the less interesting they are. This show is trying to encourage them to speak more? Why?

This show is the bottom. The bottom. It is pointless, facile, and braindead. And I say this all fully understanding that some of you will be even more intrigued. Don’t do it to yourselves. It’s not worth whatever cheap titillating thrill you think it might provide. It’s not even good as a guilty pleasure. Eating a pint of ice cream before bed is a guilty pleasure. This is gorging on a gallon of Crisco. There is no pleasure in it. It’s just grossness.


← Nature's Cunning Ways: How 'Luca' & 'Call Me By Your Name' Are Healing Our Weakest Spots | 5 Shows After Dark: 'In the Dark' Third Season Premiere The CW, 'Masterchef: Legends on Fox →