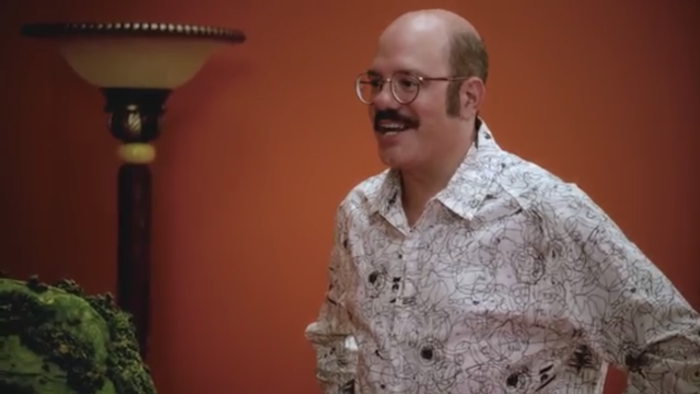 Tobias Fünke, Not David Cross, Was Almost A Guest Star On ‘House’

Arrested Development remains one of the best sitcoms ever created. It was funny, launched/relaunched the careers of some truly talented people, and managed to be ahead of its time twice (I stan the original cut of season four)! It was an inventive show that was always striving to try something new. However, one of its biggest attempts to do something interesting was stopped before it started.

Tobias Fünke, a character played by funnyman David Cross, spent most of the show trying to be an actor. It was an unsuccessful endeavor because he was … not very good. Apparently, series creator Mitchell Hurwitz wanted to take that to the next level and have that character appear on a different show. A real show. The Hugh Laurie procedural House.

Hurwitz was a guest this week on the podcast Smartless, which is co-hosted by Arrested alums Jason Bateman and Will Arnett. During that episode, Hurwitz revealed that he wanted to have Cross, as Tobias, guest on House. Not as himself, but as his character, bad acting and all. He even wanted to shoot Tobias behind the scenes and use that footage on Arrested.

Unfortunately, the then-showrunner of House was not onboard for any of this. The closest we get is Tobias, on Arrested, prematurely making a vanity license plate when he auditioned for the role of Dr. House. It’s a real shame. Such a crossover would have been unlike anything ever on television. The closest thing that comes to mind is Kramer appearing on Murphy Brown in an episode of Seinfeld (if I’m missing a better example please let me know).

I understand the other showrunner (whom Hurwitz did not name) being against the idea. It would, more or less, make a mockery of the successful show. But dang it, I still want to live in that world. Maybe it would have started a trend where Tobias appears on a different show each season and then Arrested Development was never canceled and also I’m thin and have lots of friends.

A man can dream.