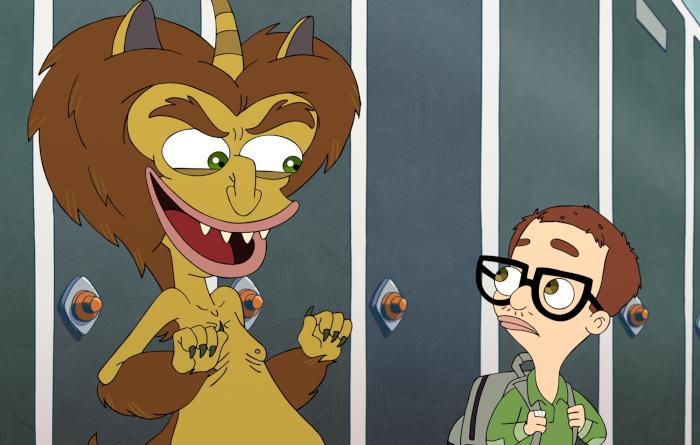 We love Big Mouth around these parts: It’s crude, hilarious, and infinitely relatable to anyone who has ever gone through puberty — it’s a pretty great primer on puberty, too. I recommended it to my son, who is 13, and he watched it, loved it, and recommended to me that we never speak of it together again.

One of the aspects of Big Mouth is that many of the characters have what are called Hormone Monsters. They are the voices inside their heads responsible for all the disgusting thoughts we have as teenagers, and that try to convince overeager teenagers to go f*ck a pillow or a goalpost or — in the case of Connie the Hormone Monster, played by Maya Rudolph — go take a nice bubble bath.

The OG Hormone Monster is Maury, who is the foul, inner voice of Andrew (John Mulaney), and as you can see here, Maury is voiced perfectly by Will Arnett:

The catch, however, is this: That’s not Will Arnett. I’ve been watching Big Mouth for three seasons and 31 episodes, and so assumed that Maury was voiced by Will Arnett that it never occurred to me that it was possible Maury was voiced by someone else until I heard Nick Kroll on Justin Long’s podcast this morning. On that podcast, Kroll revealed that he is the voice of Maury, which is not a secret or anything. He’s billed as the voice of Maury on IMDb, Wikipedia, and all the press materials; it’s just that Maury sounds exactly like Will Arnett.

Kroll admitted as much on the podcast, and said that the voice is often confused for Arnett, and he feels a little bad about it because Big Mouth and Bojack Horseman are on the same network, but also, that he loves Will Arnett, and that it’s not meant to be an impression of him at all.


← Scott Speedman Will Play a Mysterious, Emotional Man in 'You' Season 3 | Rudy Giuliani Claims 'Borat 2' Scene Is Retaliation for Hunter Biden (Sure, Pal) →