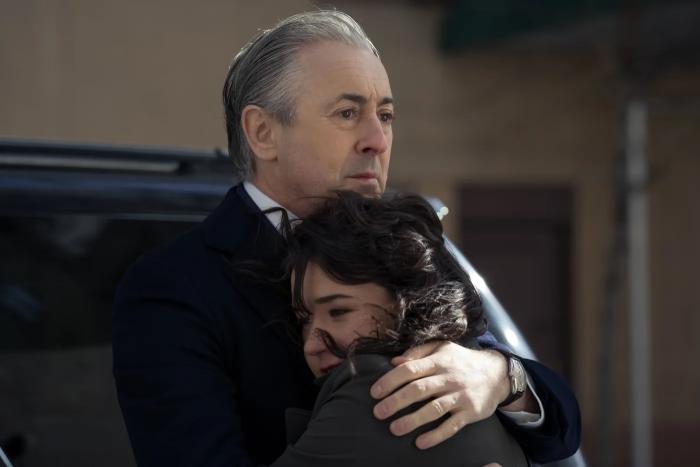 So much of television criticism is … criticizing, but when it comes to The Good Fight — now in its sixth and final season — I almost never have anything critical to say about the series. We don’t write about it often, because I don’t have much to add beyond, “You should watch this show.” After 13 seasons in this universe (The Good Fight is a spinoff of The Good Wife, which ran for 7 seasons), I doubt there are many I can still convince to check out genuinely one of the best, most underrated series of the last six years.

If you don’t watch, you might not believe me; if you do watch, you know. It is entertaining, it is funny, it is insightful, and it’s probably the most political show on television. It stars Christine Baranski and Audra McDonald, for God’s sake! What else do you need? How about this? The sixth season also stars Andre Braugher and, holy shit, is he good. Unfortunately, it’s not the kind of show that will ever get the credit it deserves, even though I will watch 34 different TV shows this week, and none will I look forward to more than The Good Fight, which breezes by quicker than arguably any series I’ve seen since the heyday of Justified.

I did, however, want to single out this week’s episode because it’s remarkable for how exceptional it is. It is the television equivalent of a perfect game, only the episode will leave viewers gutted instead of celebratory. I watched it twice, and then made my wife — who has never seen an episode of The Good Fight or The Good Wife — watch portions of it again. It blew me away and left her in tears.

Words will not do it justice, but we’ll try anyway. For those who may have watched The Good Wife, Alan Cumming’s Eli Gold has returned. He is basically the Rahm Emmanuel of the Democratic party, a behind-the-scenes kingmaker who does the dirty work required of politics. He will do whatever it takes to win — he will crawl around in the mud — not for himself necessarily, but for the cause. His daughter, Marisa (the phenomenal Sarah Steele) is one of the few holdovers from The Good Wife, and here, she’s worked her way up from the law firm’s investigator to a lawyer.

Eli is in trouble. He’s being prosecuted for orchestrating a break-in into Mark Burnett’s office in 2020 in an attempt to steal The Apprentice outtakes, which allegedly featured TFG using the N-word. He insists that his daughter Marissa be a part of his legal team to prevent her from testifying against him — Marisa unwittingly provided some technical advice to Eli to facilitate the break-in. A judge, however, has ordered Marisa to testify.

The night before Marisa is set to testify, there’s a Democratic fundraiser that Eli attends along with Frank Landau, another big wig in the Democratic party who also happens to be testifying against Eli in his criminal trial. This is all happening against the backdrop of massive protests in Chicago by members of both “ANTIFA” and right-wing militias. At some point during the fundraiser, Eli confronts Frank in the bathroom about the fact that he’s testifying against him, and a white supremacist walks into the bathroom, shouts that Eli should die because he’s a Jew, and — in an almost comic case of mistaken identity — shoots and kills Frank, who is not Jewish.

Eli is distraught. He’s reconsidering his entire life. He’s contemplating confessing. He wants to pull a Lee Atwater and apologize, as Atwater did for the Willie Horton campaign. He isn’t sure anymore that the ends justify the means. He’s in bad shape, so before the trial the next morning, he sits down for a drink with Baranski’s Diane, who gives him a pep talk.

Eli: I’ve been wondering how much I’ve been contributing to all this. Turning the opposition into the enemy, turning the enemy into psychopaths … how do we get out of this? They’re shouting so do we just shout louder?

Diane: I don’t know, but if we don’t shout back, they’ll win. And when they win, they will trash everything … this country is worth fighting for. It always was. And our enemies want to stop voting from happening. That’s not just galling, that is the end of America. And we can’t let that happen …

Eli, I need you to fight the good fight. I need to know there is someone out there who can quarterback the game. Because I know our politicians aren’t up to it. It has to be you. The person behind the scene.

Marissa overhears the conversation, and she decides not to perjure herself when testifying against her father, but to essentially deflect and evade. She understands the value of people like Eli Gold. It’s successful, the case is thrown out, and Eli is free to return to doing the dirty but necessary work of the Democratic Party.

Here, however, is where the episode hits like a gut punch. Marissa walks out with her Dad to say goodbye. It’s tearful. Given the threats against Eli, and the protests raging in the background, Marissa’s fear that she may never see her father again feels like a real possibility (and in fact, the writers originally contemplated an antisemitic assassination). 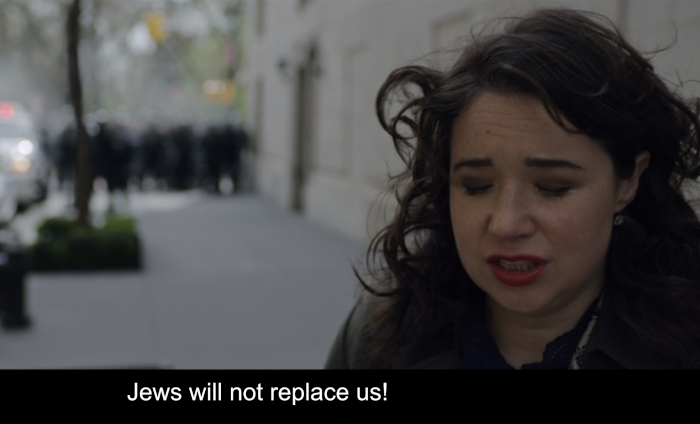 Instead, as Eli drives away, Marissa begins quietly reciting the Traveler’s Prayer in Hebrew. But in one of the most powerful moments on television I’ve seen in a very long time, Marissa’s quiet Hebrew prayer for her own father’s well-being is drowned out by the chants in the background. “Y’hi ratzon milfanekha A-donai E-loheinu ve-lohei avoteinu she-tolikhenu l’shalom v’tatz’idenu l’shalom v’tismekhu l’shalom v’tadrikhenu l’shalom,” Marissa prays, while the echoes of “Jews will not replace us! Jews will not replace us! Jews will not replace us!” grow louder as the screen transitions from Marissa’s solemn face to black. It is a chilling, lose-your-breath moment that no piece can properly do justice, but the message is clear: Men like Eli are a necessary evil in America’s war against true evil.