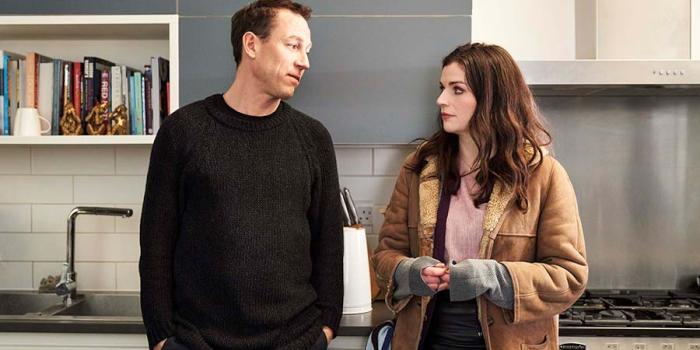 Aisling Bea's 'This Way Up,' That Uproarious and Heartwarming British Series You've Never Heard Of, Is Back

Consider this less a review of season two of Hulu’s This Way Up and more a reminder that, after two years, the British series is back and as good (or better) than ever. If you haven’t seen the first season yet, please do so. It’s an easy binge (each season is six episodes of about 23 minutes apiece), and one of the most purely enjoyable series on television.

Recall: This Way Up comes from the ever-delightful Aisling Bea, who also stars in the series alongside Sharon Horgan, who plays Shona, the sister of Bea’s character, Aine. The first season opened with Aine being discharged from a mental hospital after a nervous breakdown. She and her sister have something of an amusingly antagonistic, co-dependent relationship, and as though the series needed something else to evoke You’re the Worst, Chris Geere also features in the first season.

In the second season, however, Aine is rushing headlong into a relationship with Richard (Tobias Menzies), the father of a student she tutors in French. She has also decided to start a tutoring business with one of her co-workers, which also allows her to work with her sister, who works at a non-profit that provides seed money to ethically upstanding businesses. Shona, meanwhile, is engaged to Vish (Aasif Mandvi, who appears to be working remotely this season), but also trying to get beyond an affair with her business partner, Charlotte (Indira Varma), who is not crazy about being Shona’s lesbian fling.

Yes, the cast is that stacked, and yes, it’s as funny and warm and lovely as one might expect from the likes of Bea, Horgan, Menzies, Mandvi, and Varma. Mostly, however, it’s about the relationship between Aine and Shona, and in the second season, their dynamic has shifted: Shona is the one who needs the shoulder, and Aine is happy to provide it. The series hits upon mental illness (less so in the second season), but mostly, This Way Up is a cozy show about characters who we want to spend as much time as we can with, which makes the brevity of the series both a blessing and a curse.