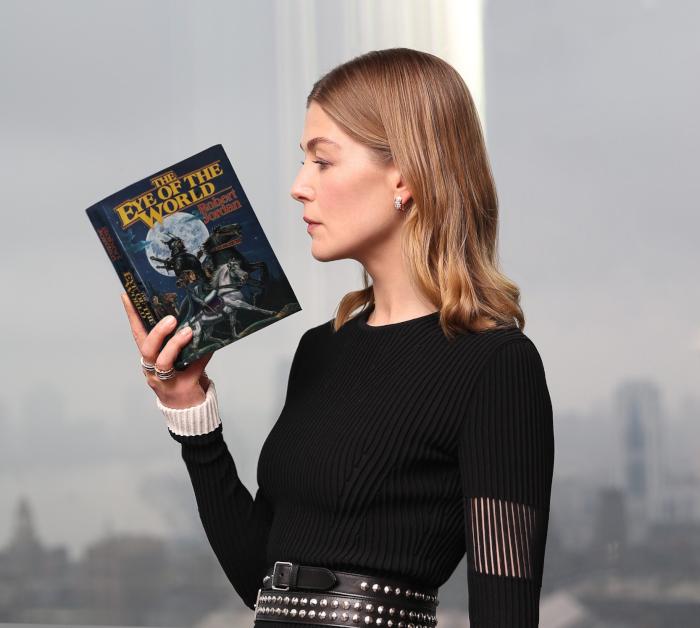 'The Wheel of Time' Still Turns

“The Wheel of Time turns, and Ages come and pass, leaving memories that become legend. Legend fades to myth, and even myth is long forgotten when the Age that gave it birth comes again.”
-Robert Jordan

Take everything you’re about to read with a grain of salt, because I’m still trying to find other sources, but it appears Amazon’s long-awaited production of The Wheel of Time is rolling our way. Fan and news site WOT Series reports key crew members announced that principal photography on the series is complete, adding to hopes of a 2021 release. The show stars Rosamund Pike, Daniel Henney, and a slew of others in Robert Jordan’s doorstopper of a series that first began in 1990. Jordan died in 2007 with only 11 of 14 novels completed, and Brandon Sanderson of Mistworld’ and The Way of Kings fame took over writing duties.

The series follows a group of backcountry peasants who find themselves pulled into the cyclical, endless battle between the Light and Shadow. This latest cycle began when Lews Therin Telamon drilled into Shai’tan’s prison, releasing the Dark One to spread his evil across the land until his prison was sealed once more. The Dark One’s counterstrike taints the magical well from which male channelers derive their power, driving them all mad. And that’s just the prologue of Jordan’s first novel, The Eye of the World. From there it gets much more complicated, with half-human monsters, fanatic religious orders, telepathic wolves, and above it all the Aes Sedai, female practitioners who battle the Shadow while manipulating world events to their own ends. The series was incredibly influential for its time, before Jordan got lost in his own mythology. George R. R. Martin is on record as a big fan of Jordan’s, and attributed the receptive market he found for ‘Game of Thrones’ to the WoT series’ success. I read these books extensively in my teens and early twenties, and some of my best memories involve lying on a stack of hay bales in my grandfather’s barn, listening to rain pound on the aluminum roof as I devoured The Dragon Reborn. What can I say, I was a hick.

It must be said that the series is too long by half. Though Jordan had reportedly worked out the storyline in advance, at least three books are entirely unnecessary. At a certain point Jordan ran out of world to build and filled in the gaps with extensive descriptions of characters’ outfits. Brandon Sanderson’s writing gave fresh life to the final third of the series, as he worked with Jordan’s widow Harriet McDougal to finish the work in a way true to Jordan’s vision. The show is being run by Rafe Judkins, best known so far for writing and producing multiple Agents of S.H.I.E.L.D. and Hemlock Grove. He was also on season eleven of Survivor, if that’s your thing.

Back in March we got a quick peek at a couple of the main characters. The first being Rosamund Pike as Moiraine Damodred, Aes Sedai sorceress and general badass.

We also saw Daniel Henney as Warder and Aragorn-like Lan Mandragoran, who will no doubt prod some serious buttock.


For @TheWheelOfTime fans who are waiting so patiently (and for future fans as well) - here’s a first look at al’Lan Mandragoran - the uncrowned King of Malkier.
I’ve loved every minute playing him thus far & we’re working tirelessly to bring you a fantastic show - stay tuned! pic.twitter.com/jdo6aYBw5l

Get ready for these and more tongue twisters when the Wheel of Time finally drops on Amazon Prime, hopefully later this year.


← 'The Handmaid's Tale' Recap: Come With Me If You Want To Live | Danny Masterson Took a Smiling Selfie After His Court Hearing (Gross) →