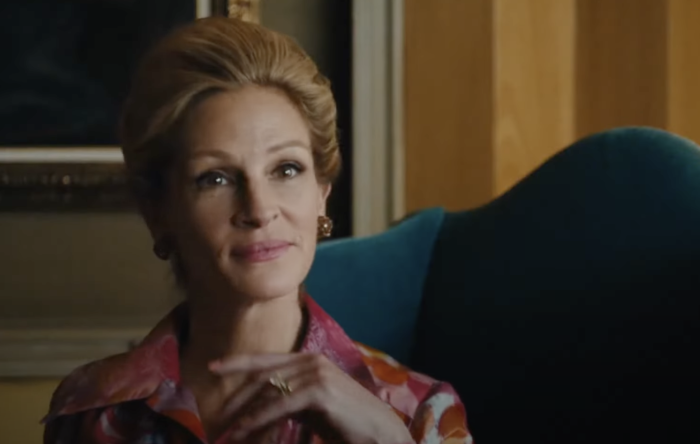 The Watergate Era Content is Coming, But Will Anyone Care?

In times of political turmoil, it’s natural to look back into the past for echoes of the present. After four years with Trump, two impeachments, and an attempt to steal an election, Hollywood must assume there’s some appetite for scandalous content from our political past.

I’m not so sure. Viewers certainly weren’t interested in a television series about the Clinton impeachment (Ryan Murphy’s American Crime Story: Impeachment), nor in the affair that ended Gary Hart’s Presidential ambitions (remember The Front Runner? No one else does, either). I’m not sure how interested they’ll be in going back another 20 years to the Nixon era, either. The post-Trump era is just too different from that era, in part because America has lost faith in all of its institutions, including the press. I’m not even sure that All the President’s Men would fare well today because Americans as a whole no longer afford the Fourth Estate with much esteem, not when 40 percent of the country gets their news from Facebook conspiracy posts.

The Post did fairly well back in 2017, but it had Tom Hanks, Meryl Streep, and Spielberg, and we were still trying to cling to those institutions. 2017 seems like eons ago.

Still, Hollywood is bringing it. We saw yesterday that Rachel Maddow would be taking a break from her MSNBC show to help shepherd her podcast Bag Man into a feature film directed by Ben Stiller. It’s a compelling story about how Nixon’s Vice President, Spiro Agnew, was forced to resign after his bribery and extortion scheme was uncovered. Doesn’t that feel quaint compared to, say, inciting an insurrection and trying to seize voting machines and change votes to hang on to a Presidency?

There’s also HBO’s forthcoming series The White House Plumbers, which is about the saboteurs and masterminds behind Nixon’s Watergate Scandal. It boasts an impressive cast — Woody Harrelson, Justin Theroux, Lena Headey, Kiernan Shipka, among others —but I don’t know if it can gain much traction, even on HBO, where their prestige series rarely fail.

Before The White House Plumbers, however, we’ll have the opportunity to watch Gaslit, a television series with a hell of a cast: Julia Roberts, Sean Penn, Dan Stevens, Betty Gilpin, Shea Whigham. If you watch the trailer, you get the idea that it’s one of those awards-season movies. But it’s not. It’ll be a TV show on Starz, which is really really trying to hang in there with the superpower streamers, and I admire their ability to keep trying! One day, they’re going to breakthrough in a big way (maybe the Party Down revival), and new subscribers are going to have a lot of good content to explore (Heels, High Town, P-Valley, Outlander).

I’m not sure if Gaslit is gonna be the series that pulls in a ton of new subscribers because I’m not sure how much interest there is in the Watergate era, even if this series does sound interesting. It’s about Martha Mitchell (Julia Roberts), an Arkansas socialite and the first person to sound the alarm bells on Watergate, creating a rift between her husband, Attorney General John Mitchell, and his boss, Richard Nixon, which would also result in the unraveling of Mitchell’s personal life. It’s a compelling story, but is it compelling enough?

Gaslit premieres on Starz in April.