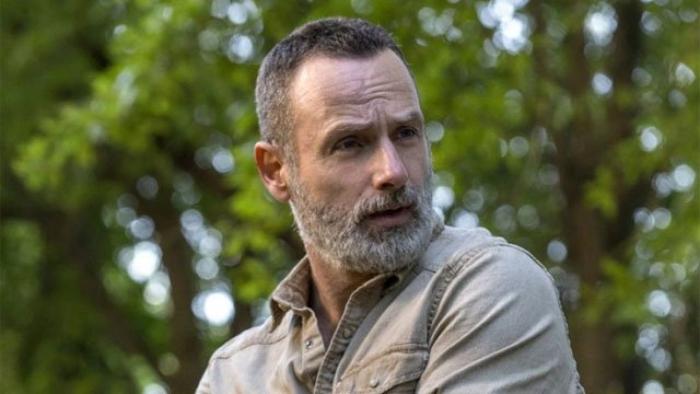 'The Walking Dead' Has Completely Ruined Its Series Finale, Unless ...

Nearly three years ago, the writer of The Walking Dead graphic novels dropped a massive surprise, suddenly and shockingly killing off the main character, Rick Grimes. Kirkman managed to top that shock and surprise one month later in the next issue of The Walking Dead by … abruptly ending the comic’s run. The surprise was all the more shocking because Kirkman had long suggested that the comic would probably run for years beyond AMC’s The Walking Dead TV show.

The television series, nevertheless, has more or less maintained the dramatic storyline that led to the death of Rick Grimes and the end of the comic series, and it appears as though the mothership will likely end as the comics did: At a new community called The Commonwealth.

Rick Grimes, however, is no longer a part of The Walking Dead because Andrew Lincoln left the series in season 9. If the series expects to maintain the same ending, in order to recreate something akin to the shock value of the comic series, the show will have to kill off someone else. The problem is, there aren’t a lot of characters remaining who would elicit such a response. Danai Gurira’s Michonne left in the 10th season, and Carl Grimes and Glenn Rhee have already been killed off.

That essentially leaves four main characters: Daryl, Carol, Maggie, and Negan. Initially, Daryl seemed like the obvious sacrifice, but then AMC announced that Carol and Daryl would be receiving their own spin-off series after The Walking Dead ended its run. That left only Maggie and Negan as possibilities, but alas: This week, AMC announced that those two would also receive their own spin-off series set in New York City called Isle of The Walking Dead.

So who is left? Father Gabriel? Ezekiel? Eugene? Bah. Eugene’s death would probably elicit celebration, because if there is one character who has outstayed his welcome, it’s Eugene. Without a major character to sacrifice, the final two episodes are going to fizzle, unless …
… they kill off Rick Grimes.
AMC announced seconds after Andrew Lincoln departed The Walking Dead that he would receive a series of movies that will be screened in movie theaters. Michonne’s character was written out in such as way as to suggest that she would be joining those movies. For two years, Scott Gimple and Andrew Lincoln teased those films, saying that the script was being worked on, that production starts had been set, that they were just trying to ensure that everything was perfect before they began shooting.

The last year or so, however, talk of the Rick Grimes movies has all but died. I don’t think these movies are ever going to happen, but it also seems weird to leave Rick Grimes out there wandering without any knowledge of his whereabouts. At this point, what makes the most sense is if Andrew Lincoln does what he vowed not to do, which is to return to the television series in the final few episodes and commit to what his character did in the source material: Allow himself to be killed off. It is worth noting that Andrew Lincoln has recently been spotted in Atlanta, near where the final episodes of the series are being filmed. With Daryl, Carol, Maggie, and Negan continuing on in the universe after the series ends, it’s the only move that makes sense. It’s the proper way to end The Walking Dead, and it would allow Andrew Lincoln to put the series behind him, once and for all, and give viewers some closure before interest in Grimes has completely evaporated.


← 'Bridgerton' Season 2 Trailer: Can the Netflix Series Survive Without Regé-Jean Page? | 'Our Flag Means Death,' 'Pieces Of Her,' And More On Podjiba! →