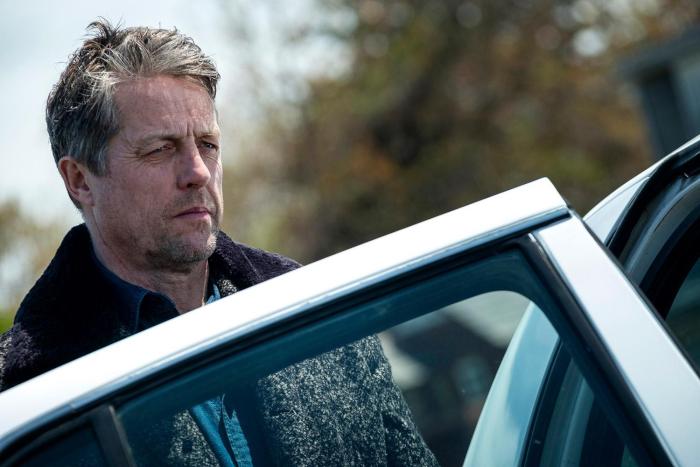 'The Undoing' Suspect Watch: What the Muck?!

I have not read You Should Have Known by Jean Hanff Korelitz, nor have I seen any future episodes, so there are no intentional spoilers below.

Grace Fraser (Nicole Kidman) — As we enter the third episode (of five), The Undoing begins to make the turn toward a legal drama, which is probably why David E. Kelley was hired to adapt the novel (plus his work on Big Little Lies). I have watched all of Kelley’s legal dramas (even the one with Kathy Bates!), and in my experience with Kelley, there are two legal gimmicks he always loves to pull out: The Immunity Play, where someone convinces a prosecutor to give him complete and total immunity in exchange for information on a suspect, only to confess to the murder himself once immunity is given and avoid prosecution. It’s a bullshit gimmick that would never work in real life, but it does not apply to The Undoing anyway.

The other is the Reasonable Doubt play. It involves two murderers conspiring to create as much reasonable doubt in each other as possible. For instance, in the case of The Undoing, prosecutors would bring Jonathan to trial and build an airtight case against him, only to have it blown open by Grace, who might allow Jonathan’s defense to paint her as a potential murderer on the stand by introducing, say, video footage of her near the scene of the murder. In this case, the jury will be left confused. Was it Jonathan? Was it Grace? It introduces too much reasonable doubt to convict either one of them and they both skate free.

It’s an old David E. Kelley standby, and as soon as Detective Mendoza played that video of Grace near the murder scene on the night of Elena’s death, it was my first thought: Grace and Jonathan are in on this together. The plan all along is to build an airtight case against Jonathan only to introduce reasonable doubt during the trial by suggesting in court that Grace is the actual killer.

So, either Grace is an unreliable narrator because she suffers from disassociative episodes, or she’s an unreliable narrator because she is intentionally trying to convince the prosecution, her friends, her kid, and her father that Jonathan is the murderer to better sell the Reasonable Doubt play. It would be maddening either way. The motivations have changed, but the odds on Grace being the murderer remain the same as last week. (Odds: 2-1)

Jonathan Fraser (Hugh Grant) — Nothing has really changed much here, either. Jonathan remains the most obvious suspect, and therefore the least interesting, unless it turns out that The Undoing is less about “who” the murderer is, and more about how much “muck” Grace is willing to introduce to save Jonathan. Then it becomes less of a murder mystery and more of a morality play. I’m not familiar with Jean Hanff Korelitz, but I do know that morality plays aren’t really David E. Kelley’s thing. He likes big showy courtroom scenes and exploiting legal loopholes. It’s why I like him so much. (Odds: 10-1)

Fernando Alves (Ismael Cruz Córdova) — Like Jonathan, again, he’s a little too obvious, but it would also be weird to rule out the only other character with as much motive as Jonathan. After all, his wife was sleeping with another man, and the baby that he’s raising is not his own. As Sylvia said, “It’s always the f**king husband,” and that’s as straightforward a case as there is. Dramatically, however, it’s not that compelling. (Odds: 6-1)

Henry Fraser (Noah Jupe) — The odds that Henry murdered Elena have moved from about 5 to 1, to 20 to 1, to 30 to 1. There’s just no way. No kid could act as convincingly as Henry did during the prison visit scene if he’d actually been the murderer. Plus, again, it would have required a young teenager to slip out unnoticed in the middle of the night and violently bludgeon an adult to death and then slip back into bed unnoticed. (Odds: 30 to 1)

Franklin Reinhardt (Donald Sutherland) — Is he still played by Donald Sutherland? Then he is still a major suspect. Also, that crying scene? Come on! That wasn’t convincing. It made me suspect him more. The fact that Franklin hid from his own daughter the $500,000 loan he gave to Jonathan is also suspicious. If you wanted to avenge your daughter’s honor by framing your son-in-law, you could hardly ask for a better opportunity than the one given to Franklin, who probably has some terminal disease and is in his “fuck-it” years, anyway. (Odds: 3 to 1)

Sylvia Steinetz (Lily Rabe) — That was an interesting look that Sylvia and Jonathan exchanged in the courtroom, wasn’t it? How many people really think that they cast Lily Rabe to just play the supportive best friend? She’s either in on it, or she’s a very good red herring. I mean, look: Jonathan’s a horndog. Who is to say that he and Sylvia didn’t have an affair while she was defending him against workplace misconduct allegations?

All I’m saying is: If the case suddenly pivots, Sylvia will be the reason why. (Odds: 8-1)

← 'The Mandalorian' Season 2, Chapter 10: Spiders, Ice, and Chases Oh My | Trumpism Slides Toward Its Inexorable Conclusion →